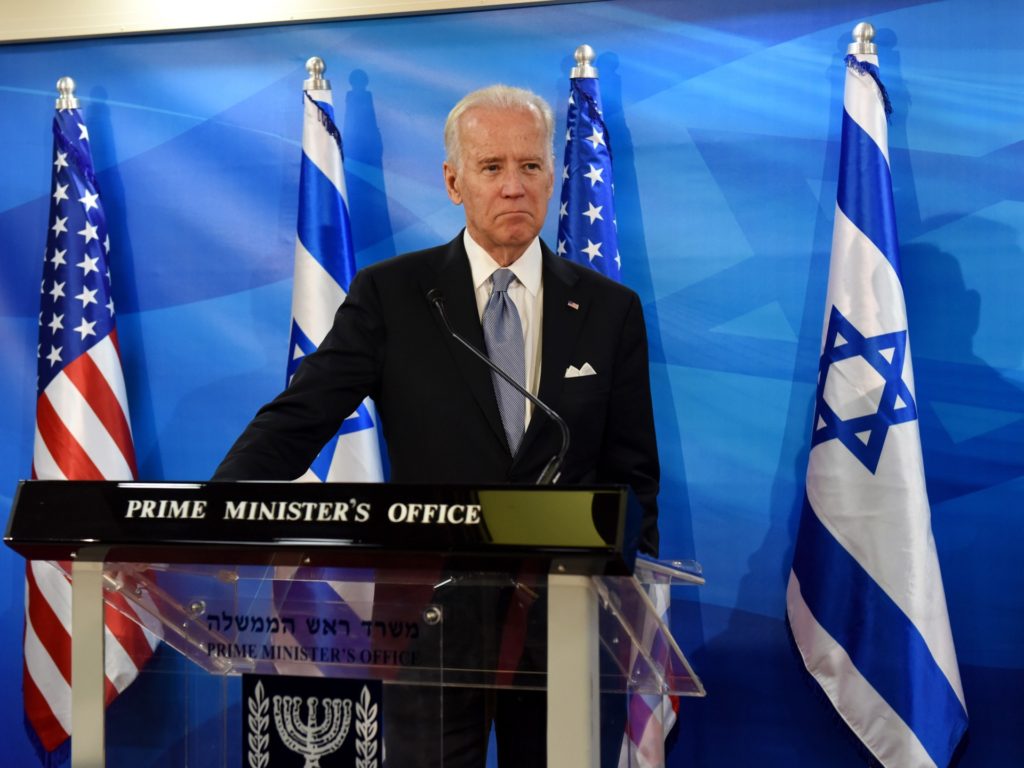 “The President conveyed to the Prime Minister that he expected a significant de-escalation today on the path to a ceasefire,” the White House said in a readout of the president’s call with Israeli prime Minister Benjamin Netanyahu.

President Biden escalated his demands for peace as a growing number of leftist Democrats criticize him for not speaking out against Israel’s latest military response to a flood of Hamas terror rocket attacks.

The White House said Biden and Netanyahu discussed the events in Gaza and “ongoing diplomatic efforts by regional governments and the United States.”

The Iron Dome Aerial Defense System has one purpose—to intercept rockets mid-air before they can kill Israeli civilians.

We will not apologize for saving lives. pic.twitter.com/J0U8ct9bCt

After the call, Israel Defense Forces announced on social media four rockets were fired from Lebanon at northern Israel and they would respond by striking targets in Lebanon.

Rep. Rashida Tlaib (D-MI) has publicly demanded that Biden criticize the Israeli attacks and defend the rights of Palestinians, and even confronted the president on Tuesday at a Detroit airport.

“I tell you what, Rashida — and I want to say to you that I admire your intellect, I admire your passion, and I admire your concern for so many other people,” Biden said during a speech after the conversation.

Sen. Jon Ossoff (D-GA) lead a group of 28 senators on Monday issuing a letter demanding a ceasefire in the conflict, “to prevent any further loss of civilian life and to prevent further escalation of conflict.”

Video has emerged appearing to show a rocket fired by Palestinian terrorists, hitting a civilian bus in the Israeli city of Holon during a barrage on Monday night. https://t.co/QASn2KbqkM