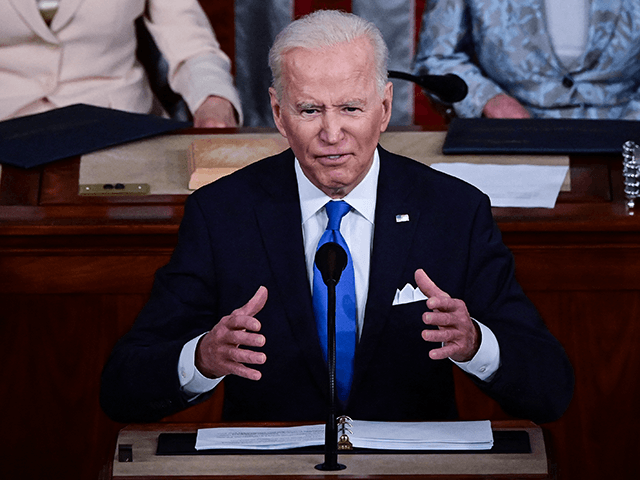 President Joe Biden celebrated the announcement of a ceasefire between the Israelis and Hamas on Friday, noting he achieved peace quicker than former President Barack Obama did in 2014.

Biden attributed his success to a difference in negotiating tactics.

Biden noted that the last time hostilities broke out in Israel, during Obama’s watch, it took 56 days and six months to negotiate a ceasefire.

“I’m praying this ceasefire will hold,” Biden said. “I take Bibi Netanyahu, when he gives me his word, I take him at his word, he’s never broken his word to me.”

Asked by a reporter about whether he acknowledged a shift in the Democrat party away from Israel, Biden replied, “There is no shift in my commitment to the security of Israel. Period. No shift. Not at all.”

The president said he believed that the Democrat party “still supports Israel.

“Until the region says unequivocally they acknowledge the right of Israel to exist as an independent Jewish state, there will be no peace,” he said.

Biden claimed that a two-state solution in Israel and Palestine was the only path forward for peace.

“The shift is that we still need a two-state solution. It is the only answer,” Biden said.

Biden promised to help rebuild Gaza and help people who were injured in the fighting or lost homes and would insist that “Israeli citizens, whether they be Arab or Jew, be treated equally.”

“I’m going to attempt to put together a major package with other nations who share our view to rebuild the homes — without re-engaging, without providing Hamas the opportunity to rebuild their weapons systems — rebuild Gaza,” he said. “They need the help and I’m committed to get that done.”