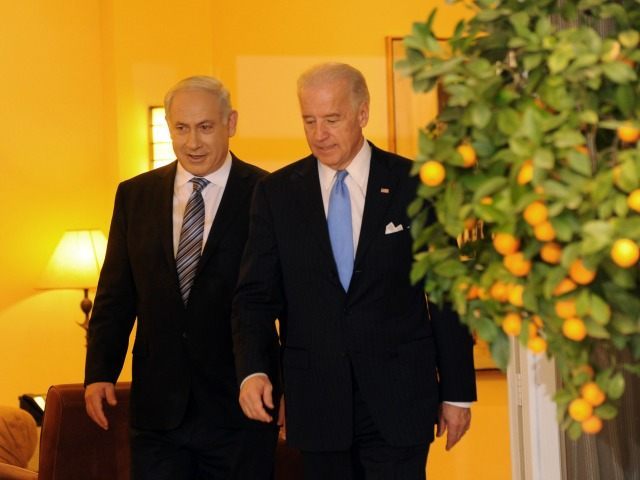 President Joe Biden announced Thursday that Israel’s Prime Minister, Benjamin Netanyahu, had agreed to a ceasefire in their military campaign against Hamas.

“Prime Minister Netanyahu informed me that Israel has agreed to a mutual unconditional ceasefire to begin in less than two hours,” Biden said during an announcement at the White House.

The president said his administration had worked on “intensive high-level discussions” to bring about peace in the region and thanked Egyptian President Abdel Fattah Al-Sisi for negotiating a Hamas ceasefire.

He said he spoke with Netanyahu six times in the last eleven days of violence and supported Israel’s right to defend itself from “indiscriminate” Hamas rocket attacks.

Biden has faced growing pressure from Democrats and the left to publicly criticize Israel for their military campaign against Hamas in response to the attacks.

But the president said he would continue supporting Israel, a key ally in the Middle East.

“I assured him my full support to replenish Israel’s Iron Dome system to ensure its defenses and security in the future,” he said.

Biden said the United States would also work to provide international humanitarian assistance to Palestinians, promising he would work to prevent Hamas from rebuilding their military arsenal.

Biden also signaled hope for peaceful negotiations between the Palestinians and Israelis in the future.

“I believe the Palestinians and Israelis equally deserve to live safely and securely and to enjoy equal measures of freedom, prosperity, and democracy,” Biden said, promising to continue “quiet relentless diplomacy” to reach peace.

“I believe we have a genuine opportunity to make progress and I’m committed to work for it,” he said.