Jews Hunker Down Amid Arab Violence in Jaffa 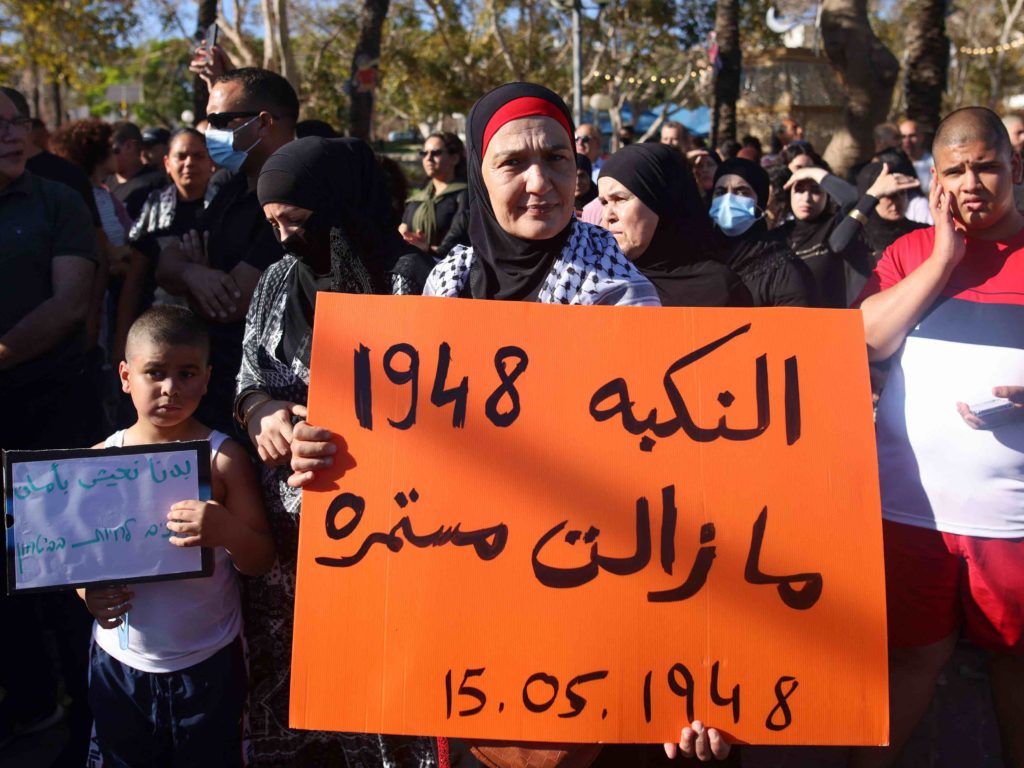 “I’ll take rockets any day over what’s going on in Jaffa.”

A source told Breitbart News that she had moved her Jewish family from the city of Jaffa, which has a large Arab population, to the southern city of Ashdod, even though it is under rocket fire from Hamas terrorists in Gaza. The riots are that bad, she said.

For more than a week, Arab rioters have set fires in the street, torched cars, and firebombed houses in Jaffa, north of Tel Aviv, one of several cities rocket by inter-communal violence. There have been Jewish reprisal attacks, such as an attack on an Arab driver in the city of Bat Yam. An Arab man was also shot during clashes in Lod last week.

Yet the scale of Arab attacks on Jewish residents has reportedly been larger.

In Lod, Arab rioters torched synagogues. In Acre, they attempted to “lynch” a Jewish man. The attacks are being described as a “pogrom” — a term familiar from 19th-century Europe.

Israeli leaders have pleaded with citizens for calm, as police have been overwhelmed. Jewish religious and political leaders condemned violence by Jewish hooligans; Prime Minister Benjamin Netanyahu told both Jews and Arabs not to “lynch” each other. An Israeli Arab leader vowed to rebuild a synagogue that was destroyed in Lod.

Arabs form about 20% of Israel’s population. Most are Muslim; there are also Christian and Druze Arabs. They have equal rights; they are represented in Israel’s parliament, the Knesset; some even serve in the Israeli military. But as the Palestinian issue has become more more radicalized, it has had an effect on identity politics within Israel, and a younger generation of Israeli Arabs remain disaffected.

Despite the fact that Palestinian rockets raining down on Israeli cities kill Arabs, too, some Israeli Arabs cheered the attacks.

On Saturday, May 15, despite the fact that the country remained under attack, some Arab residents of Jaffa rallied to mark the “Nakba,” the so-called “catastrophe,” the date on the secular calendar on which Israel became independent in 1948. (Israel observes its Independence Day according to the Jewish calendar; this year, the holiday fell on April 15.)

The demonstrators called for an end to the country itself. That sentiment is reflected in the street violence — and the specific targeting of Jews.

A source told Breitbart News on Sunday, via text message: “Things are really really bad in Jaffa. They’ve pointed out Jewish homes. 3 friends from my shul [synagogue] had their houses burned. One with 5 day old baby. All the cars on the street belonging to Jews were burned. That means that the neighbors are collaborating. People we’ve known and loved for years.”

The source was on her way to Ashdod when there was a rocket attack nearby. She continued on her way: Jaffa was too unsafe to turn around, she said.

“My friend had a gun pointed to her head in daylight yesterday and told to leave,” she said.

Among the injured in the riots: a seven-year-old boy, who was burned when his house was firebombed with a Molotov cocktail. Though the Arab community is blaming Jews, police are also investigating the possibility it was a case of mistaken identity: the assailants mistook the house for a Jewish home.

The riots may have also postponed or prevented the formation of an opposition government in which an Islamist party, Ra’am, was to have been represented. It is now unclear whether Israel will face a fifth election in just over two years as a result.

The immediate concern is to end the rocket fire from Gaza. But long after the rockets fall silent, Israel will be dressing the wounds of the riots between fellow citizens.