Former Representative Tulsi Gabbard addressed a topic that many Americans have wondered for a long time.

Is she associated with the World Economic Forum? 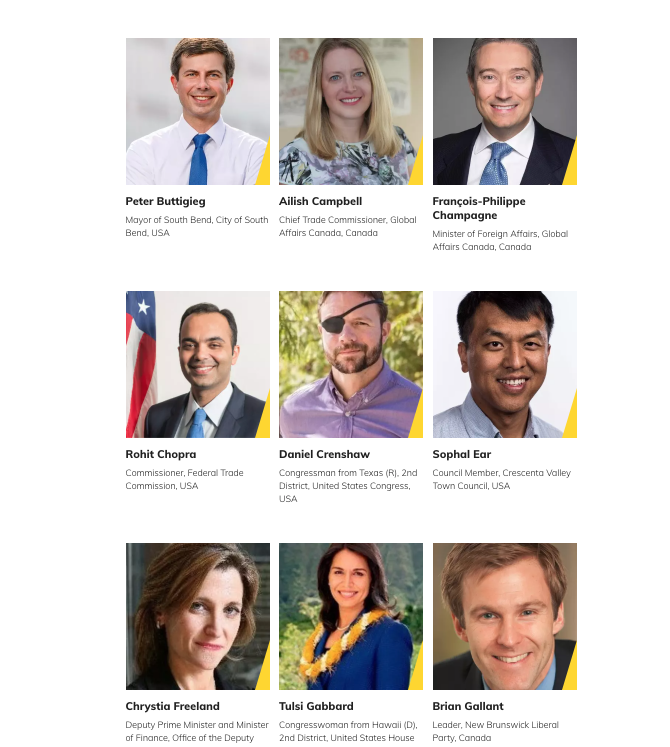 .@wef I’m honored to be selected as 2015 @YGLvoices – representing #Hawaii amongst leaders from around the world pic.twitter.com/7JdX4mnYk3

Thus, there is speculation that Gabbard has ties to the globalist organization.

Gabbard appeared on Ask Dr. Drew to finally discuss the rumors about her potential involvement with the World Economic Forum.

“I’ve literally not had anything to do with the World Economic Forum,” Gabbard said.

“It’s unfortunate that there’s a lot of false assumptions being made,” she added.

“I’ve never gone to any of their events. I didn’t graduate from any (Young Global Leaders Academy). So I’ve literally not had anything to do with the World Economic Forum,” she explained.

Shocking reports linked 2020 presidential candidate Tulsi Gabbard to the WEF – a globalist organization founded by Klaus Schwab – and painted her as a “controlled opposition agent” in service to the New World Order. Despite publicly leaving the Democratic party in 2022, Tulsi is subjected to constant attacks after her name and photo appeared as a “Young Global Leader” on the World Economic Forum’s website. What’s the truth?

“I’ve never gone to any of their events,” says Tulsi Gabbard, on the November 25 episode of Ask Dr. Drew. “I’ve literally not had anything to do with the World Economic Forum.”

She’s never been invited to Davos, but if she ever was, Tulsi says she’d go and “speak the same kind of truth to them as I speak to anyone else… because I think it’s important that we not just live within our own echo chambers, but we actually go out and vigorously engage in this marketplace of ideas.”

“Look at my record,” she says. “I have been talking about and warning against the very things that these people are pushing.

So how did the WEF get permission to use Tulsi Gabbard’s name and photo on their website?

“I was never asked to join,” explains Tulsi. “I was never informed by them that they had put my name or picture on their website.”

“The reason why people are concerned about this is actually very important,” she continues. “I’m glad to just make clear that there is no connection between me and the World Economic Forum.”

“I’ve literally never had anything to do with them!” pic.twitter.com/ltJLRo69Bz