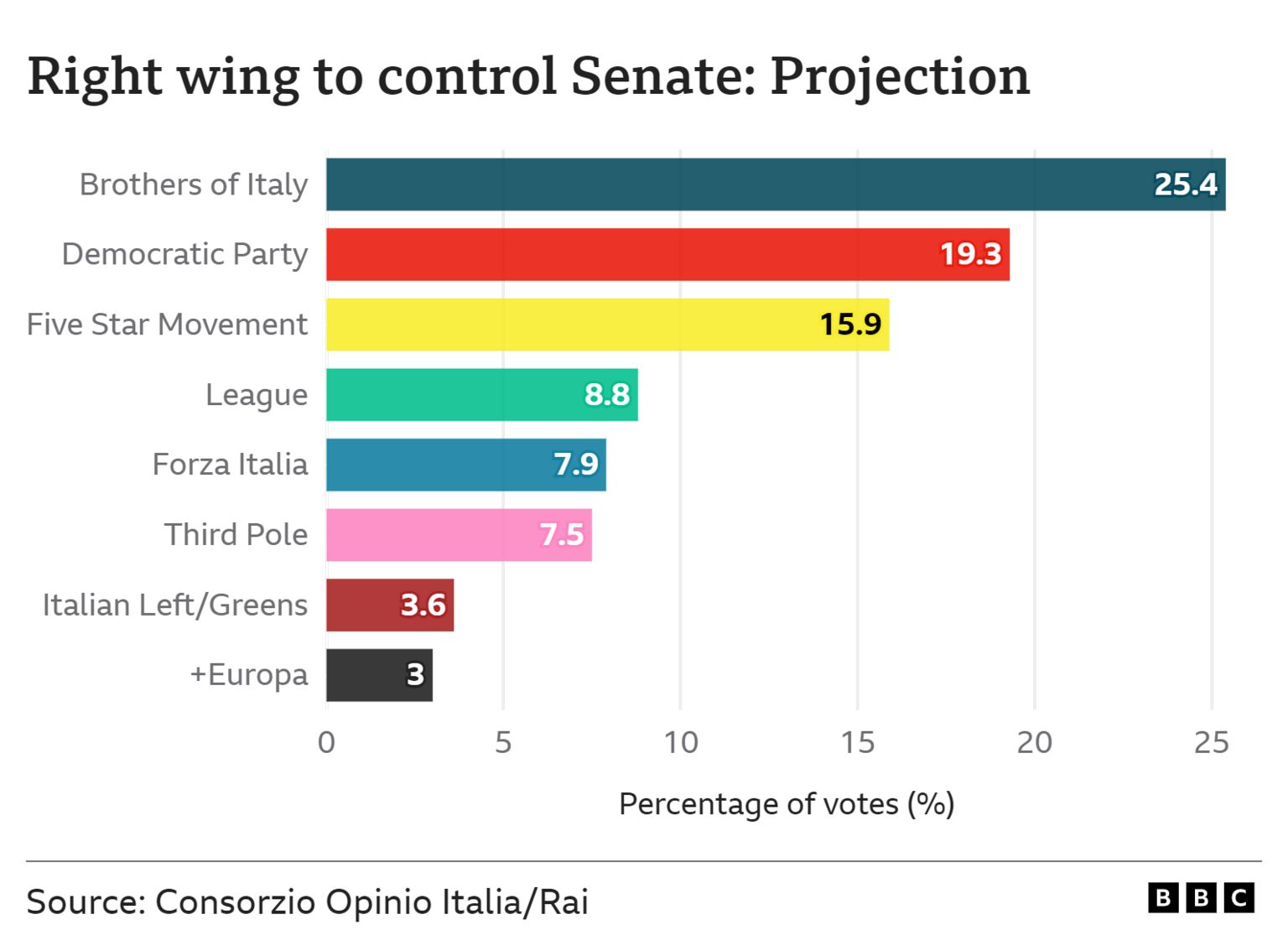 Listen to a few seconds from her speech in Italian:

(translation): In the South, as in all of Italy, there is a desire for real change. And we are #pronti to give the future and hope back to our land.

(translated): Today Giorgia Meloni will become Head of the Italian State. With your leadership Western Europe will stand up and stop the advance of the globalist poison. LONG LIVE THE EUROPE OF THE PATRIOTS!

Mainstream media is comparing Meloni to Benito Mussolini, calling her the leader of a far-right, neo-fascist party.

“Italy will be led by the most far-right government since the fascist era of Benito Mussolini, early exit polls suggest,” CNN stated.

Meloni, a 45-year-old mother from Rome who has campaigned under the slogan “God, country and family,” leads a party whose agenda is rooted in Euroskepticism, anti-immigration policies, and one that has also proposed curtailing LGBTQ and abortion rights.

The center-left coalition, led by the left-wing Democratic Party and centrist party +Europe are set to win between 25.5% and 29.5% of the vote, while former prime minister Giuseppe Conte’s bid to revive the Five Star Movement appeared to have been unsuccessful, taking just 14 to 17% of the vote.

“Undoubtedly we cannot, in light of the data seen so far, not attribute the victory to the right dragged by Giorgia Meloni. It is a sad evening for the country,” Debora Serracchiani of the Democratic Party told reporters.