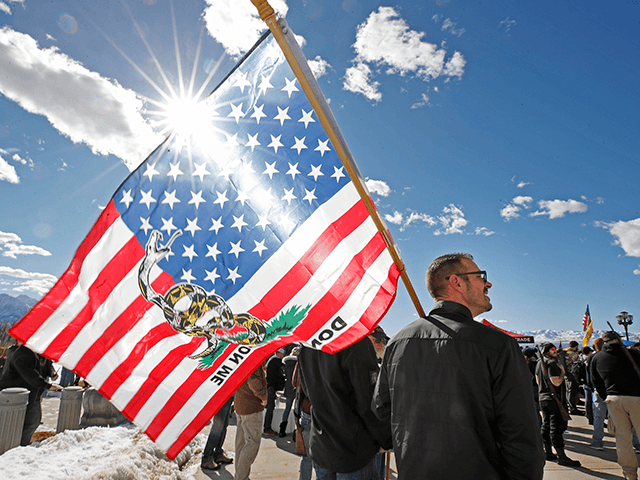 On Friday Iowa Gov. Kim Reynolds (R) signed legislation into law ending her state’s requirement that law-abiding citizens get a permit from the government before exercising the right to bear arms.

On March 18, 2021, Breitbart News reported constitutional carry legislation, House File 756, passed the Iowa House and was headed to the Senate.

Gov. Reynolds signed H.F. 756 into law and it takes effect on July 1, 2021. Upon signing the law, Reynolds stressed H.R. 756 “protects the Second Amendment rights of Iowa’s law-abiding citizens while still preventing the sale of firearms to criminals and other dangerous individuals.”

Reynold’s signature makes Iowa the 19th state to end the requirement for law-abiding citizens to get a permit before carrying a gun for self-defense.