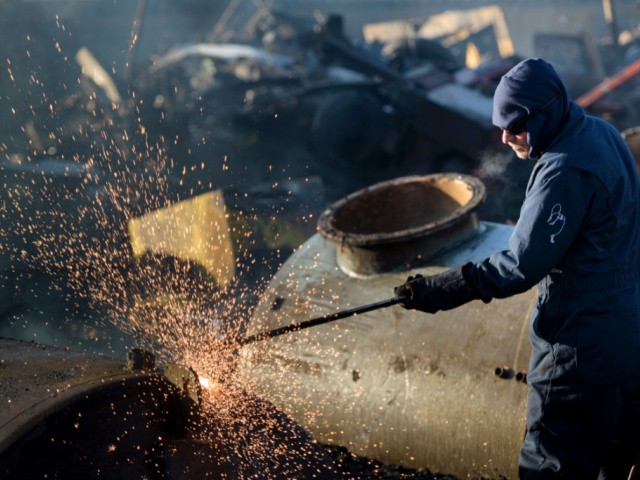 In a letter obtained by Breitbart News, the two groups said the “number one issue” facing the metalcasting industry is “the inability to find workers” and said it “has reached a crisis level.”

According to the AFS and FAM, openings are “near an all time high” and there is a shortage of workers across several positions, including production workers, maintenance, electricians, patternmakers, and engineers. The groups said metalcasters account for 490,000 jobs in America and pay more than $32.1 billion in wages and benefits.

As a solution, the groups urged Whitmer to incentivize work by ending coronavirus-related unemployment benefits:

We therefore urge you to join at least 12 other states in ending participation in extended unemployment insurance programs enacted this year. Supplemental assistance adopted during the height of the pandemic in 2020, when there were no vaccines available, was meant to be short-term and temporary. Today, we hear on a daily basis from metalcasters who indicate that these expanded benefits are a key disincentive to work and are keeping able-bodied Americans on the sidelines.

The groups told Whitmer Michigan is the third-largest metalcasting state in the country with more than 130 foundries that provide more than 36,000 jobs, contributing $7.79 billion to the state’s economy annually.

54% say the reason they are unable to fill positions is because government unemployment handouts are preventing workers from applying. 30% of the small business owners surveyed believe the government’s $300 weekly supplemental benefit is encouraging people to stay at home and not apply for jobs. 24% say the stimulus checks are preventing people from applying for jobs. Stimulus checks are part of the American Rescue Plan Act 2021, which provides $1,400 Economic Impact Payments for eligible people.

“The lack of interested (never mind qualified!) jobseekers is scary, even in the floral industry. Never have I seen so many opportunities posted, and even while offering $2 to $3 above minimum wage for entry level jobs, no one applies,” one respondent said.

The foundry groups told Whitmer many of their members are “already offering higher wages, signing bonuses, and tuition reimbursement.”

“Millions of American workers, including in the metalcasting industry, are safely engaging in our economy today and at foundries across your state,” they wrote.

“The U.S. metalcasting industry cannot wait at least four more months until September to get workers back to our manufacturing facilities.”