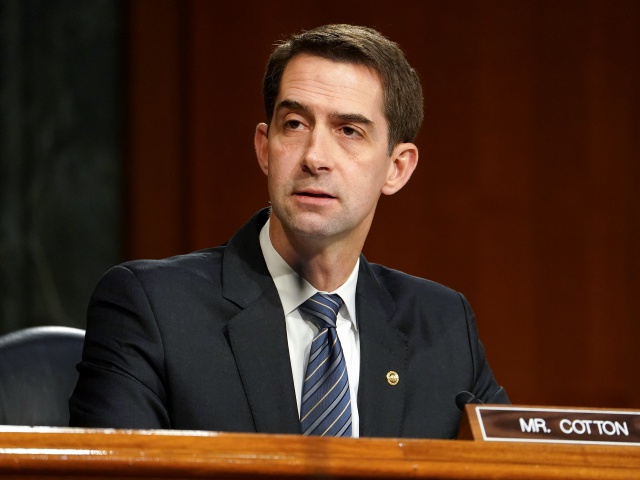 During an appearance on this week’s broadcast of FNC’s “Sunday Morning Futures,” Sen. Tom Cotton (R-AR) urged the Biden administration to seek accountability from Mainland China for what appears to be the possible origins of the COVID-19 virus.

The Arkansas Republican lawmaker told host Maria Bartiromo the signs pointed to the origins being a lab in Wuhan and not what the Communist Chinese government had claimed.

“Maria, it’s hard to believe it’s been 15 months since you and I first discussed what I think most Arkansans think is a very common-sense proposition — that is surely as a big coincidence that this virus started not up in some remote mountain village with caves full of bats, but rather in downtown Wuhan, a city larger than New York, just a few blocks up the road from labs that was researching bat-based coronaviruses,” he said. “And, since then, every bit of circumstantial evidence, to include evidence that came out in the final days of the Trump administration, that some employees and staff at these labs may have had coronavirus-like symptoms as early as October or September of 2019, continues to point to these labs as the origin of this virus, not that food market that the Chinese Communist Party used as a cover story from the very beginning.”

“That’s why it’s so imperative that the Biden administration hold the Chinese Communist Party accountable and demand answers for all of these questions,” Cotton added.