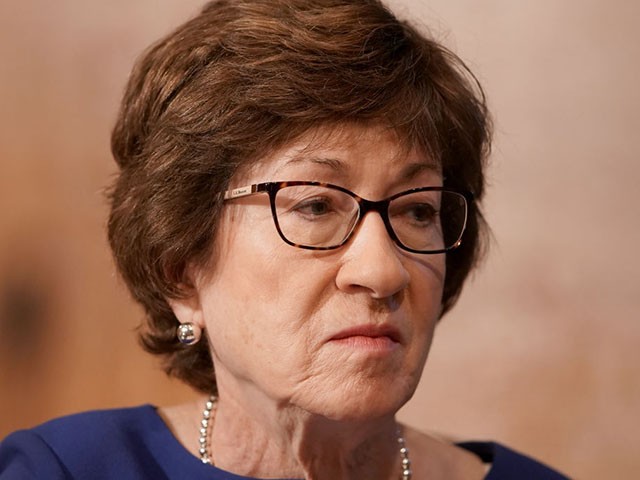 Senator Susan Collins (R-ME) said Sunday on ABC’s “This Week” that she “strongly” supported the establishment of an independent commission to probe the January 6 Capitol riot and was “optimistic” the Senate can work past issues with the House bill.

STEPHANOPOULOS: Democrats and Republicans in the Senate also seem to be far apart on this bill to have a bipartisan commission look into the January 6th siege of the Capitol. Thirty-five Republican House members voted for it but it appears that it’s getting — hitting a roadblock in the Senate right now. You called that attack appalling and un-American, provoked by President Trump. But now you’re saying you’re going to support the commission only under certain conditions, including that it wrap up this year, which appear pretty unrealistic. Why are you opposed to — to having the commission — to voting for the commission as passed by the House?

COLLINS: Well, first of all, let me clarify my position. I strongly support the creation of an independent commission. I believe there are many unanswered questions about the attacks on the Capitol on January 6th. We need to figure out how we can enhance security, why we weren’t better prepared, and we want the Capitol to be an open, accessible symbol of our democracy. So I support the creation of a non-partisan, bipartisan commission.

The two issues that I think are resolvable, one has to do with staffing, and I think that both sides should either jointly appoint the staff or there should be equal numbers of staff appointed by the chairman and the vice chairman. The second issue is, I see no reason why the report cannot be completed by the end of this year. The commissioners have to be appointed within ten days. There’s plenty of time to complete the work. And I’m optimistic that we can get past these issues based on recent conversations I’ve had with the speaker of the House, and the House majority leader.