‘I’m Not Sure There’s, Like, a Big Controversy Here’ 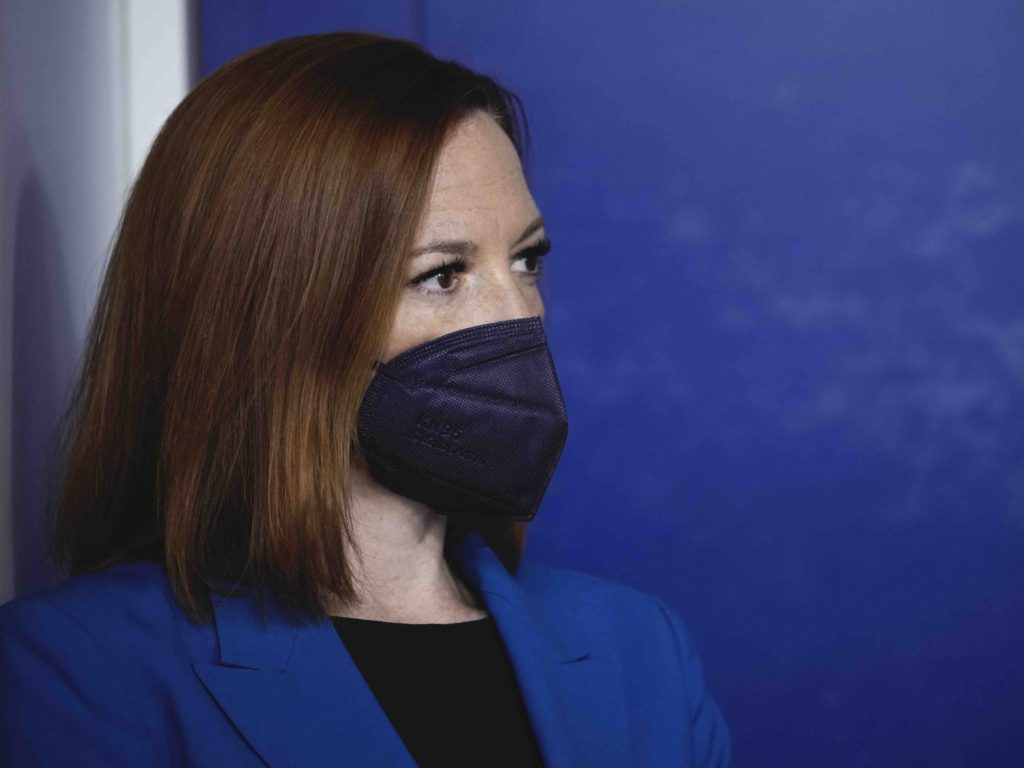 While House Press Secretary Jen Psaki admitted Monday that President Joe Biden had never participated in conference calls with the nation’s governors on the coronavirus pandemic, but claimed that he had never intended to do so.

On Monday. Philip Wegmann of RealClearPolitics reported that nether President Biden nor Vice President Kamala Harris had participated in the weekly calls, contrary to the practice of President Donald Trump and Vice President Mike Pence.

Later Monday, at the White House press briefing, Wegmann had the opportunity to follow up with Psaki. She demanded to know how many governors Wegmann had heard from, and claimed that Biden never intended to participate in the calls:

Wegmann: I’ve heard from a number of governors who are frustrated that they haven’t heard directly from President Biden on these weekly coordinating COVID calls. Why hasn’t he joined those weekly calls?

Psaki: How many governors?

Psaki: How many governors have you heard from?

Wegmann: I’ve heard from a number, but how many times –

Wegmann: Well, I’m actually curious to see how many times he’s joined those calls, and if there’s a reason why —

Psaki: It was never his int — but, I’m curious the answer to your question, too.

Wegmann: It’s in our story,

Psaki: I think there were two in your story.

Wegmann: There are two in my story, and there are others who didn’t go on the record, but we reflected that in the story.

Psaki: OK, so, two governors and some anonymous governors. I will say that the intention was never for the weekly call, the COVID call that is led by our COVID coordinator, to be a part, for the President to be leading that call. The intention was for our COVID coordinator to be providing an update directly from the president, directly from our work across the federal government to get the pandemic under control. And what we’ve done on that call is provided weekly updates on the number of doses that are going out to states, which have increased nearly every week, we’re talking about an average of about 28 million out to states now, it’s an opportunity to engage and have a discussion about where there are challenges in the system, how to better operationalize, better communicate, which was a complaint that we came in and tried to solve when we came into office. So that was the intention. I can assure you that the American public, governors hear quite a great deal from the president on his plans to get the pandemic under control, and it’s in excellent hands with his COVID coordinator.

Wegmann: To clarify: he has not joined. Does he have any plans in the future to join those calls?

Psaki: We’ve never conveyed it as a call that would be a part of his agenda, so I’m not sure there’s, like, a big controversy here.

In November, on a conference call with governors, President-elect Biden promised to work closely with them on COVID, telling them his administration would work “hand in glove” with the states on the pandemic. Harris made similar pledges.

Joel B. Pollak is Senior Editor-at-Large at Breitbart News and the host of Breitbart News Sunday on Sirius XM Patriot on Sunday evenings from 7 p.m. to 10 p.m. ET (4 p.m. to 7 p.m. PT). He is the author of the recent e-book, Neither Free nor Fair: The 2020 U.S. Presidential Election. His recent book, RED NOVEMBER, tells the story of the 2020 Democratic presidential primary from a conservative perspective. He is a winner of the 2018 Robert Novak Journalism Alumni Fellowship. Follow him on Twitter at @joelpollak.