If You Drop Coal, We Will Stop Using You 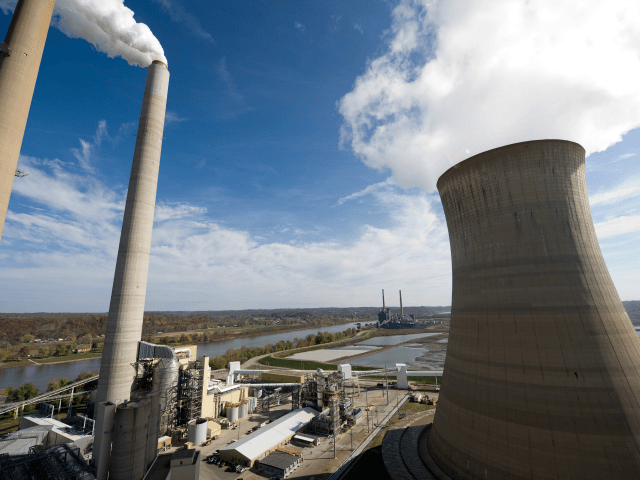 Over a dozen Republican state treasurers sent a clear message to financial institutions Tuesday, threatening to pull their assets if they “de-bank” fossil fuel firms.

John Kerry, the Special Presidential Envoy for Climate, is leading the Biden administration to push banks to help reduce the carbon emission in the United States, according to Axios. This has also been criticized by the Senate Republican lawmakers on the Banking Committee. All the Republicans already sent a letter to stop pressuring banks to make energy-related lending commitments.

The state treasurers, who collectively control hundreds of billions worth of assets, are doing the same thing. Fifteen treasurers led by West Virginia state Treasurer Riley Moore said in the letter they are prepared to use the finances they are in charge of to push back on the far-left Biden initiative.

The state officials wrote they are aware the administration is “privately pressuring U.S. banks and financial institutions to refuse to lend to or invest in coal, oil, and natural gas companies, as part of a misguided strategy to eliminate the fossil fuel industry in our country.”

According to Axios, the “publicly available financials and information provided by the state treasurer offices” say that the state treasurers in the letter “collectively manage more than $600 billion in assets in state treasuries, pension funds and other government accounts.” The report noted the state’s large financial institutions “invest and grow those funds, to support state spending and retirement payments to former workers.”

“Even for sizable investment banks, such funds can be some of their largest accounts,” the report added.

“As a collective, we strongly oppose command-and-control economic policies that attempt to bend the free market to the political will of government officials,” they continued to write. “It is simply antithetical to our nation’s position as a democracy and a capitalist economy for the Executive Branch to bully corporations into curtailing legal activities.”

The group wanted to make note that “coal, oil, and natural gas industries in our states are vital to our nation’s economy. These industries provide jobs, health insurance, critical tax revenue, and quality of life to families across our country.” This is why the group said they “intend to put banks and financial institutions on notice of our position, as we urge them not to give in to pressure from the Biden administration to refuse to lend to or invest in coal, oil and natural gas companies.”

In an interview with Axios, Moore said, “he was prepared to terminate contracts with banks that pull back their fossil fuel industry lending in response to administration pressure.”

He continued to say, “Frankly, it is not fair for the people of West Virginia to allow a bank to handle our money when they’re diametrically opposed to our way of life.” He went as far as to say the issue is “a matter of life and death for my people.”

Moore also told Axios, the coal and gas operators in West Virginia have reportedly had problems getting financing from banks who are under pressure from the administration.

Moore also added, “If you just cut these guys off at the knees — gas and coal in a state like West Virginia — and they can no longer conduct their business … it is going to destroy us.”

Axios was unable to get a comment from the State Department, where Kerry works, since they did not immediately respond to the request from them.