‘I Would Do It Again’ 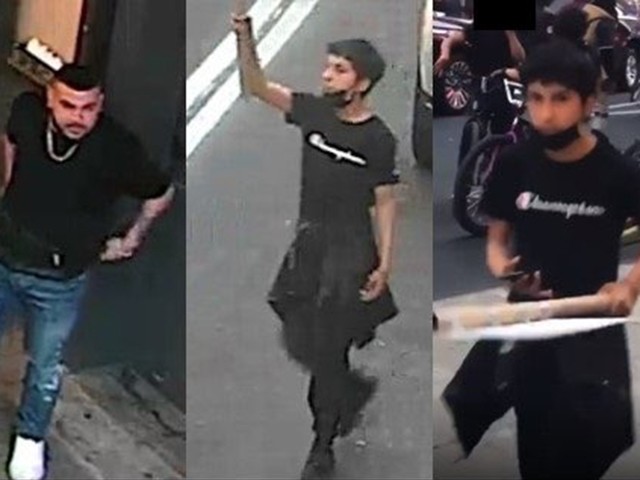 A Brooklyn man accused of beating a Jewish man during an attack in Midtown reportedly said from his jail cell he would “do it again,” prosecutors claimed Saturday.

Twenty-three-year-old Waseem Awawdeh was held on a $10,000 bail following the Thursday incident in which he allegedly beat 29-year-old Joseph Borgen with crutches while also punching, kicking, and pepper-spraying the victim, according to the New York Post.

“If I could do it again, I would do it again,” he reportedly told a jailer, according to a prosecutor present at Awawdeh’s arraignment in Manhattan Criminal Court, adding, “I have no problem doing it again.”

After he was taken into custody in Midtown Manhattan, Awawdeh was charged with assault as a hate crime, gang assault, menacing, aggravated harassment as a hate crime, and criminal possession of a weapon, according to ABC 7.

The incident occurred amid dueling demonstrations over the deadly conflict between Israel and Hamas, the Palestinian militant group ruling the Gaza Strip. Pro-Israel and pro-Palestine protesters both took to the streets of Midtown Manhattan on Thursday evening, as a mutual cease-fire went into effect. At times, the two groups collided and fights broke out.

The initial attack was unprovoked, according to prosecutors who explained to Judge Kathryn Paek that Borgen was walking near Broadway and West 49th Street when the suspect “jumped him and attacked him.”

The Manhattan assistant district attorney alleged Awawdeh called Borgen a “dirty Jew” and also stated, “F–k Israel, Hamas is going to kill all of you.”

Friends of the suspect reportedly claimed Awawdeh came under attack first, according to the Post.

“They picked somebody that was weak, that was on crutches,” one person told the outlet.

On Saturday, the New York Police Department (NYPD) shared photos of the suspects involved in the case:

🚨 WANTED for ASSAULT: On 5/20 at 6:44 pm, near 1604 Broadway in NYC, a group of males punched and kicked a 29-year-old male then used pepper spray and a crutch to assault him. The group made anti-Semitic comments during the attack. Have info? Contact @NYPDTips #800577TIPS pic.twitter.com/mTGkUM4ArW

“I felt a liquid being poured on my face, and at first I thought I was getting urinated on,” Borgen, an accountant who resides on the Upper East Side, recalled.

“But it turned out I was getting Maced and pepper-sprayed. My face was on fire. That pain was worse than the concussion and all this other stuff that followed,” he said, adding the attack made him reconsider wearing his yarmulke in public.