‘I Learned the Ugly Truth’ 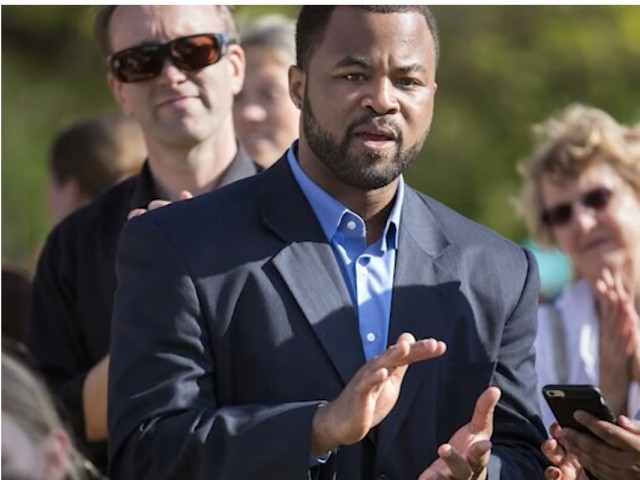 A former Black Lives Matter (BLM) activist who now serves as executive director of the Minnesota Parent Union revealed he “learned the ugly truth” about BLM, including that the radical group has little concern for rebuilding black families and even less for improving education for black children.

In a video published Wednesday by TakeCharge, a Minnesota-based, black-led movement that rejects Critical Race Theory (CRT) and woke culture, Rashad Turner described how he became a founder of BLM in St. Paul, but came to realize, after only a year on the inside of the organization, that caring for black lives, black children, and black families was the least of the radical group’s concerns.

The truth revealed about BLM. https://t.co/4BRSz646EG

Born in Minneapolis in 1985, Turner said in the video that, when he was two-years-old, his father was shot and killed. He explained further about his upbringing:

My mother wasn’t able to take care of me, so I was raised by my grandparents. They told me that if I was going to change my life for the better, education was the answer. So, I worked hard in school. I got into Hamline University, and earned a college degree, the first in my family. Then I went on to earn a master’s in education from St. Mary’s University of Minnesota. I am living proof that no matter your start in life, quality education is a pathway to success.

Turner said he hoped for the same success he had achieved for other children in his community, and thought BLM would be the answer, but soon found out the “ugly truth”:

In 2015 I was a founder of Black Lives Matter in St. Paul. I believed the organization stood for exactly what the name implies, black lives do matter. However, after a year on the inside, I learned they have little concern for rebuilding black families, and they cared even less about improving the quality of education for students in Minneapolis. That was made clear when they publicly denounced charter schools, alongside the teachers’ union. I was an insider in Black Lives Matter, and I learned the ugly truth: the moratorium on charter schools does not support rebuilding the black family, but it does create barriers to a better education for black children.

“It’s insulting to hear that black people can’t get ahead because of systemic racism,” Kendall Qualls, TakeCharge Founder https://t.co/VQtiWjqvVd

As Breitbart News reported in June 2020, many individuals, corporations, and teachers’ unions have adopted the rhetoric of BLM, an organization now at the receiving end of massive donations from those who strive to be viewed as “woke,” but who have failed to examine BLM’s larger political agenda.

In the “What We Believe” section of its website that has since been deleted, BLM Global Network Foundation declared its goals to “fight for freedom, liberation, and justice,” can only be achieved through the disruption of the “Western-prescribed nuclear family structure.”

“We disrupt the Western-prescribed nuclear family structure requirement,” the site declares, “by supporting each other as extended families and ‘villages’ that collectively care for one another, especially our children, to the degree that mothers, parents, and children are comfortable.” The word “fathers” is deliberately excluded, replaced by the gender-neutral “parents” despite already naming “mothers” as pillars of the family.

The statement goes on to denigrate male influence on the family as oppressive. “We build a space that affirms Black women and is free from sexism, misogyny, and environments in which men are centered,” the group says, calling single mothers’ “double shifts” of working and parenting a “patriarchal practice.”

Turner said in the video he resigned from BLM after only a year and a half.

“But I didn’t quit working to improve black lives, and access to a great education,” he asserted. “Today, I serve as the president and executive director of Minnesota Parent Union. We’re dedicated to helping parents move their children from failing schools to successful schools.”

“It’s hard work, and we’re up against forces that don’t want us to succeed,” Turner explained. “But success is possible. Just look at me, and the hundreds of children and families we’ve helped to pursue a great education, break the chains of poverty, and lead a life of success.”