How Can We Get People Back to Work? Get Government Out of the Way


The disappointing May job numbers were a surprise, signaling that the economic recovery may take longer than previously thought.

The number of jobs is still 5 percent below the number in February 2020, concerning policymakers.

The truth is, policymakers in Washington have placed some breaks on job growth. The continuation of enhanced unemployment insurance into the summer discourages work for those whose wages would be less than the payments. Many states have announced they will soon be ending these benefits to encourage people to return to work as businesses struggle to fill job openings.

President Biden’s opponents have accused his early legislative agenda of killing jobs. For instance, the corporate tax increase in the American Jobs Plan is projected to raise taxes on 90 percent of small businesses.

As a response, some members of Congress have introduced bills to reduce some of the existing barriers to finding a job. Although these bills are being considered by Congress, they are designed to impact state-level policies for occupational licensing.

Occupational licensing laws can be thought of as a permission slip from the state to work in a profession. They set minimum standards of education, training and exams that aspiring professionals must meet before working.

These laws are intended to produce high-quality professionals and protect consumers from harm. Each profession is overseen by a board that ensures that applicants meet the requirements and oversees the practice of those in the profession.

Unfortunately, research is unable to find evidence of occupational licensing’s effect on quality. However, we do know licensing imposes costs. The requirements to practice to prevent people from entering these professions, reducing the supply of workers by between 15 percent and 27 percent, keeping people out of work.

Licensing raises prices for consumers through artificially high wages. Overall, economists estimate that licensing costs the U.S. economy $183.9 billion. Further, our own research suggests that growth in occupational licensing is associated with reductions in economic mobility and increases in income inequality.

Do you support occupational licensing reform?

At the state level, governors from both parties have enacted various reforms, recognizing licensing laws hold back economic growth and prevent people from finding meaningful work.

The first bill, the Restoring Board Immunity Act, was proposed by Republican Rep. Darrell Issa of California. This bill would grant antitrust immunity to licensing boards, which has been an issue since the 2015 North Carolina Board of Dental Examiners v. FTC decision.

However, this immunity would come with strings attached that would make boards more accountable.

States could establish supervision of licensing boards that would provide oversight and regular reviews of the licensing regulations, eliminating unnecessary regulations. States could also change the legal standard by which licensing laws are judged. Currently, judges use the rational basis test. This bill would require judges to use intermediate scrutiny, meaning licensing laws would need more justification.

The goal is to remove all unnecessary licensing laws caused by federal policy. Additionally, states would be required to include licensing reform as a part of their Workforce Innovation and Opportunity Act plans.

Both of these bills respect the authority of states while encouraging them to consider licensing reform.

Although the recovery from the economic fallout from COVID-19 has been disappointing so far, Congress is considering bills that make it easier for Americans to get back to work. Removing these barriers is important if we want to help people find meaningful jobs and get the economy back on track. 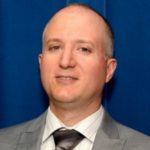 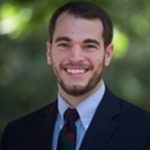