In a proposed amendment to House Resolution 8770, Democrat judiciary committee members supported a measure allowing non-citizens to vote in our elections.

There’s no hiding it anymore.

“There’s no hiding it. Democrats WANT non-citizens voting in our elections.”

There’s no hiding it. 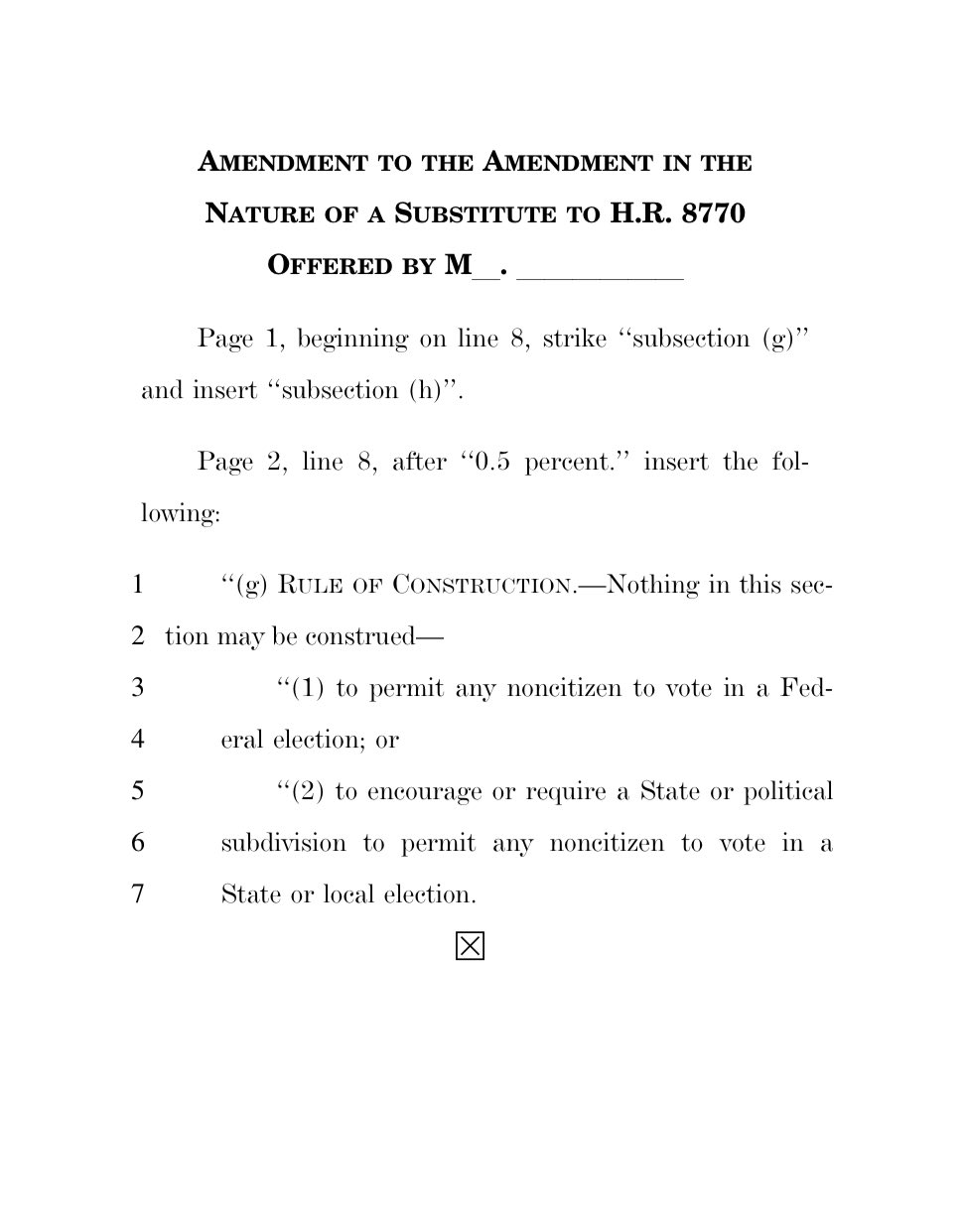 Flood the border with illegal aliens and turn them into Democrat voters.

It’s all out in the open.

Yesterday, in a proposed amendment to House Resolution 8770, Democrat judiciary committee members pushed for any non-citizens to vote in Federal elections.  That means the Resolution, with its amendment, will advance to the House floor for a vote.

This is why Biden opened our borders to over 4 million illegals.

The dems don’t care how much damage is done to our country, they only care about raw power.

Not 1 Dem opposed letting illegals vote. The dems will sacrifice the security of our nation to cheat in elections. https://t.co/5yEoHU1D1y

So it was open borders policy just go get votes this whole time? Color me shocked https://t.co/xv8B7Zkq9p

👀
Please tell me then …
What benefits do U.S. Citizens have that a Non Citizen have ?

Have we reduced the meaning of Citizenship ? https://t.co/QbnKdkZvvK

Why do Democrats want to cheapen our votes and our citizenship by allowing non-citizens to vote? https://t.co/mv28y1nVv3

Which is another reason why we must have mass deportations. https://t.co/BMGruRotJe

Before anyone gets too concerned, this still has a long way to go before it ever becomes law and almost certainly never could. But the sheer fact that Democrats are openly pushing for it now after years of pretending that wasn’t a motivating factor for them being so soft on the border is telling.