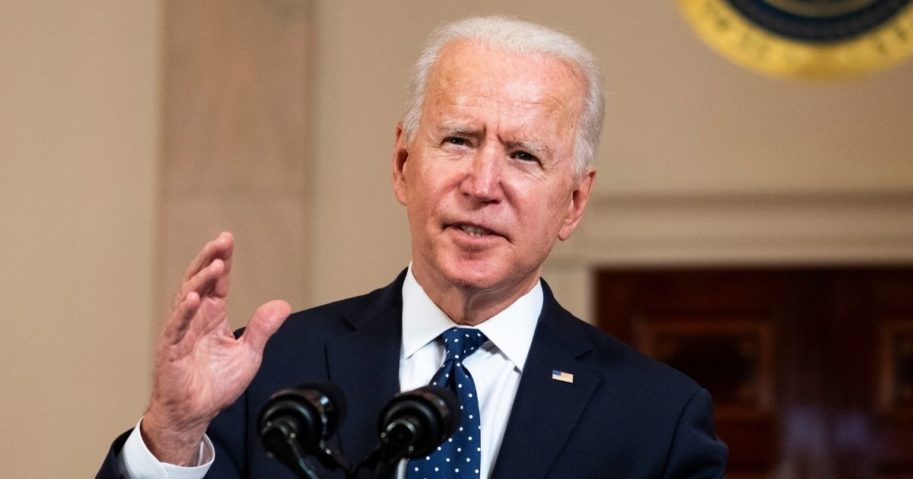 An Australian journalist is making waves for criticizing President Joe Biden and his approach to international affairs.

Sky News’ James Morrow slammed the American leader during his monologue on Anzac Day, the Australian equivalent on Veteran’s Day.

“Today is Anzac Day, when we commemorate all those who made the ultimate sacrifice fighting for our freedoms and fighting very often side by side with soldiers from the United States,” Morrow said on Sunday.

“Which is why today, it is so depressing to look at what is happening to the U.S. under Joe Biden, who seems, for whatever reason, determined to weaken America’s standing, her military, and emboldening her and our enemies, making a mockery of a century’s worth of shared sacrifice,” he added.

MASKS: After President Biden was the only world leader to wear a mask at the Leaders Summit on Climate last week, Jen Psaki clarifies what the CDC guidance for mask wearing is for people who have been vaccinated pic.twitter.com/5uNZ5fJNCw

“The Biden administration’s push to ‘go green’ and force its friends and allies like Australia to do the same, even as China is allowed to keep emitting and growing willy-nilly, is also going to weaken America’s ability to project power around the world,” he said.

Do you think Biden is hurting America’s standing on the world stage?

He then doubled down on how the Democratic president is making the military looker weaker than it actually is.

“Now, as enemies circle, Biden is also proposing making cuts in real terms to America’s national defense budget, and yet the biggest so-called improvements to the U.S. military under Biden have involved, yes, making sure that the Special Operations Command has a chief of diversity, though even that blew up like a Wile E. Coyote booby trap when it was revealed that the new inclusion czar spent his spare time comparing [Former President Donald] Trump to Hitler on Twitter,” he said.

Morrow ended his monologue on a note of cautious optimism, hinting his concern that Biden will make history repeat itself.

“As we honor the sacrifices of the Anzac Day fallen, let us hope that Biden learns this lesson to avoid more such sacrifices in the future,” he said.

RELATED: Young Not Stupid: There’s Now a Bipartisan Bill to Stop the Border Crisis But Biden Will Never Sign It

Morrow offers a unique international perspective that is often not heard in the American media, as most coverage that Americans consume comes from within.

He makes an important point that although Biden is supposed to be a seasoned politician, his recent actions and policy stances do not strengthen the United States’ standing as a world leader.

When countries like China are becoming increasingly powerful, American leaders need to listen to people like Morrow who are seeing the broader picture of where the United States is headed.

America tends to only listen to itself on the issues, but Morrow offered a refreshing outsider’s point of view on the current state of affairs.