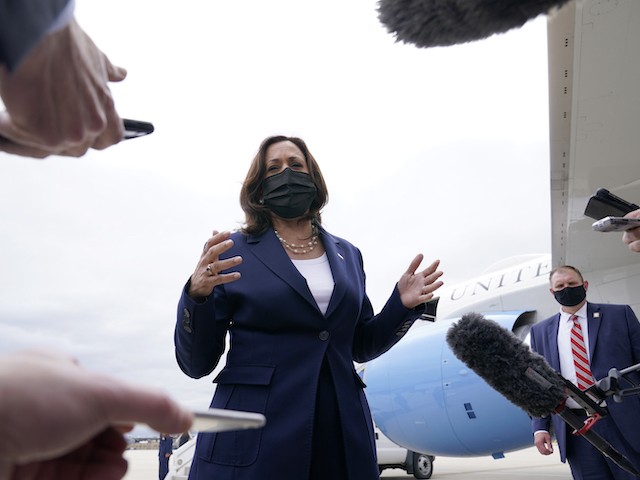 Vice President Kamala Harris avoided visiting the southern border and holding a press conference on the crisis for 44 days since assuming the role of border point person from President Joe Biden.

Instead, Harris will reportedly hold a panel discussion about India’s Chinese coronavirus crisis on Friday, the Times of India reported, while Homeland Security Secretary Alejandro Mayorkas will visit a migrant processing facility in Donna, Texas.

When Harris was asked on April 14 whether she would inspect the border crisis, she said it was Mayorkas’ job.

“We must address the symptoms, and that is what is happening with the team of folks who are working on the border, led by Ali Mayorkas. But we also have to deal with the root causes. Otherwise, we are just in a perpetual system of only dealing with the symptoms,” she said.

Fox News reports, “Mayorkas last visited the border region in April – drawing allegations soon after that he had quickly broken a promise to hold weekly meetings with the region’s sheriffs.”

Harris assumed the southern border crisis in March, when President Joe Biden said of Harris, “I can think of nobody who is better qualified to do this.” Since then, however, Harris seems to be hesitant to draw the press’s attention to the issue.

A virtual meeting between Harris and Mexican President Andres Manuel Lopez Obrador is scheduled for Friday to discuss “immigration,” but Breitbart News reported that would not be the main focus of the discussion.

Instead, she will hold talks about planting trees.