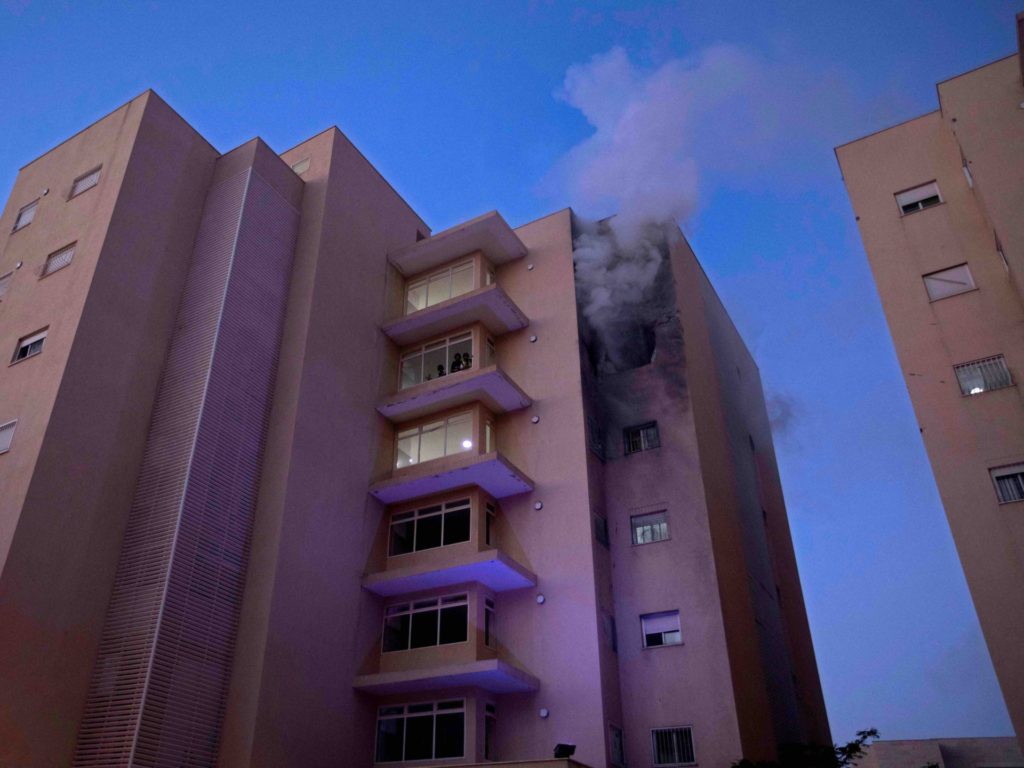 Hamas co-founder Mahmoud al-Zahar boasted to Britain’s Sky News in an interview released Sunday that Hamas had aimed rockets at Israel’s heavily-populated civilian areas, naming it as the major achievement of the recent war.

“The new element is the degree of the resistance movement, particularly in Gaza, to attack the Israeli targets at very important points, including most of the overcrowded area in the civilian society. So for how long the Israeli will accept that, I think this is the main issue,” he said.

Al-Zahar tried to dispute the claim that Hamas had fired rockets from within Palestinian civilian areas, despite ample video evidence and the past corroboration by human rights groups that identified the terrorist group’s practice as a war crime.

Look closely: This photo was taken right after Hamas launched a barrage of rockets at Israel from a residential area in Gaza. Look what’s near the launch site: schools, a UN building, a health center, mosques, and dozens of apartment buildings.

Hamas puts everyone in danger. pic.twitter.com/dVPpUUJVy3

Hamas launched the conflict, firing over 4,000 rockets at Israeli cities, a war crime. Roughly 16% of the rockets were estimated to have fallen inside Gaza, resulting in Palestinian civilian casualties.

The IDF has successfully completed Operation Guardian of the Walls. This is what the 12-day-long operation looked like in numbers: pic.twitter.com/AM2WoqPx4K

Of those that threatened Israeli cities, some 90% were intercepted by the Iron Dome missile defense system, but some hit civilian homes and infrastructure, as intended.

U.S. Secretary of State Tony Blinken is arriving in the region on Tuesday for talks with both Israeli and Palestinian leaders.
The New York Times reported last week that the Biden administration’s plan is to promise Hamas funds, in exchange for promises not to attack Israel again.