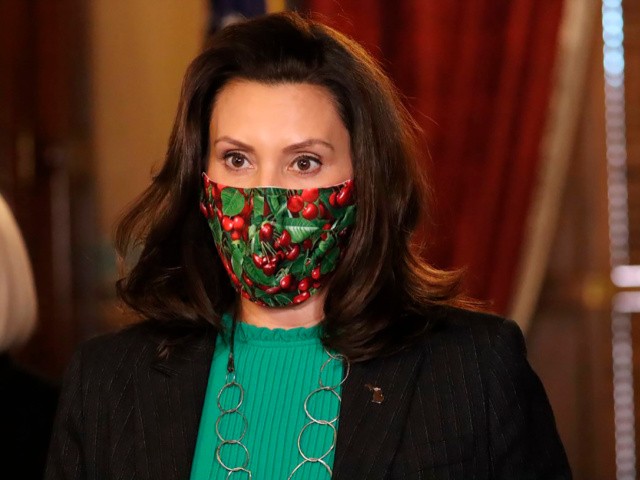 When the trip became public in April, Whitmer and her aides steadfastly claimed it was “personal” in nature, a trip to visit her ailing father.

“I’ve said everything I am going to say about my trip to go check on my father,” Whitmer told a 9&10 News journalist when questions persisted. “It was a quick trip. It was an important family reason for doing it. And I have nothing to add.”

“I showed up when I was needed. I did a lot of cooking, a lot of cleaning,” Whitmer said this week.

“When you’re the governor of Michigan, you’re always on the clock, but it does not mean that you’re not also a daughter who shows up when a family member needs her,” she said.

But late Friday, Whitmer’s office claimed her 501(c)(4) organization, Executive Office Account, paid for the flight. Her office said it cost $27,521, and she reimbursed it $855 for her personal seat. It is not clear how either entity arrived at those figures.

Whitmer repeatedly claimed the trip was strictly personal business, which would not allow her to use nonprofit funds for that activity, Michigan Rising Action said after the news broke.

“501(c)(4) groups are social welfare organizations and are not allowed to pay for personal expenses for officials,” the group — itself a 501(c)(4) group — said in a news release.

If Whitmer had a legal justification for using the nonprofit funds for the trip, it would indicate she did other things in Florida besides tend to her father’s alleged needs.

“Today’s revelations that Whitmer’s non-profit paid for her personal trip to Florida is shady and makes it clear why she tried to hide the trip and cover up who paid,” Tori Sachs, Michigan Rising Action’s executive director, said Friday.

That would have to be done by the Internal Revenue Service, which regulates c4 organizations.

Whitmer still has not divulged who else was on the two-hour flight to Florida.