GOP Staffers: Ken Buck ‘Sold Out to the Swamp’ 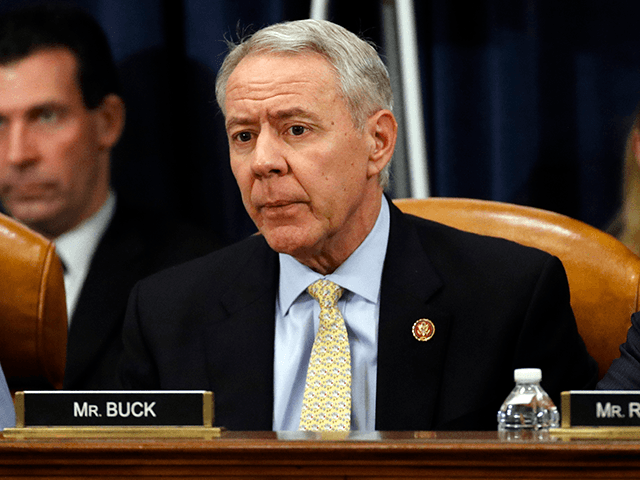 House Republican and Freedom Caucus staffers told Breitbart News exclusively that Rep. Ken Buck (R-CO) has sold out to the Washington, DC, “swamp” between his defense of Rep. Liz Cheney (R-WY), pushing a bill that would empower establishment media outlets, and lobbying for a green card giveaway bill that would substantially benefit big tech.

Freedom Caucus and Republican staffers denounced Buck as he continued to defend the controversial Cheney. Republicans have criticized Cheney for continuing to attack former President Donald Trump and his America First platform, contradicting House Republican leadership, and serving as a distraction from Republicans’ mission to take back the House during the 2022 midterm elections.

The Colorado Republican has continued to lobby for the Journalism Competition and Preservation Act (JCPA), a bill that would allow establishment media outlets to form a cartel to pressure tech companies for more censorship and special favors.

Buck is lobbying for the bill’s passage despite opposition from House Republican Leader Kevin McCarthy (R-CA), Rep. Jim Jordan (R-OH), and Sen. Marsha Blackburn (R-TN). Buck has also raked in significant donations from lobbyists since he started advocating for the JCPA.

One senior GOP aide told Breitbart News, “Frankly, what is Ken Buck thinking? He stood up for Liz Cheney, went against President Trump, and is now pushing a bill that gives more power to the Washington Post and the New York Times — the same outlets that routinely attack Republicans and push fake news. Is he asking to be primaried? Or has he just accepted his fate like Liz Cheney?”

The Colorado Republican also allowed Cheney to air her grievances about the Republican Party and Trump right before House Republicans overwhelmingly moved to remove her as the third-ranking Republican.

After the vote to remove Cheney, Buck said, “Liz Cheney was canceled today for speaking her mind and disagreeing with the narrative that President Trump was putting forward.”

“People think Buck has sold out. For a guy who literally wrote the book on selling out in Congress, it’s rich,” a Freedom Caucus staffer told Breitbart News.

Buck wrote the book Drain the Swamp: How Washington Corruption is Worse than You Think in 2017.

A different Freedom Caucus staffer said the Colorado Republican has continued to buck Trump’s America First platform in favor of globalism. Buck, along with Rep. Zoe Lofgren (D-CA), have pushed for the Fairness for High-Skilled Immigrants Act, or H.R. 1044, which acts as a massive handout to big tech and the Indian outsourcing lobby by allowing India to monopolize the U.S. green card system for the next ten years.

Facing mounting opposition from both conservatives and Trump populists, Buck said he would welcome backlash over his support of Cheney and big tech legislation.

“I’ve been looking for an exit strategy for six and a half years. So, if that’s the exit strategy, that’s okay,” Buck said.