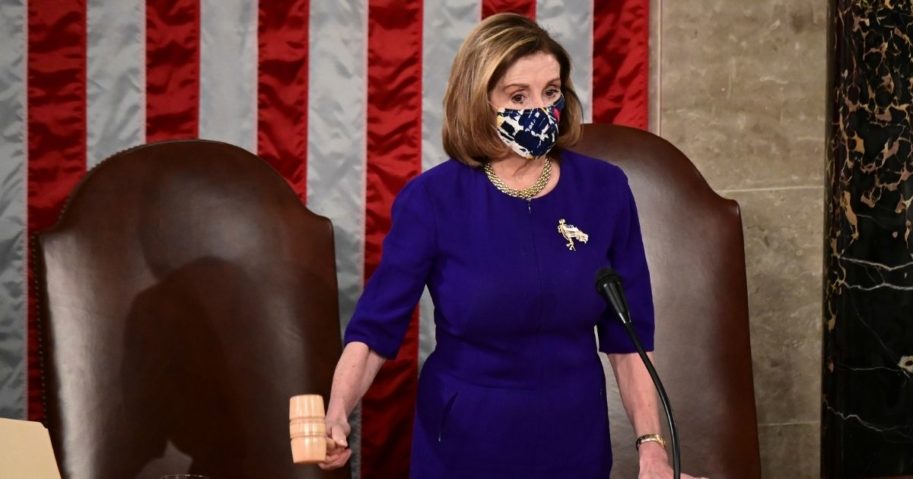 The National Republican Congressional Committee reported last week that it shattered the record for its largest-ever off-election-year monthly haul by $3.6 million.

The House campaign arm of the GOP further stated it ended the quarter “with $29.7M cash on hand which is a 57% increase over the same point last cycle.”

The NRCC also said it is debt-free and had an average grassroots donation of $32.70.

.@tomemmer on why the NRCC’s record-breaking fundraising numbers prove Republicans are in position to take back the House & defeat @SpeakerPelosi‘s socialist agenda in 2022 ⬇️ pic.twitter.com/ZJw4wxxcQx

These numbers also show reports of the GOP’s demise in the aftermath of the Jan. 6 Capitol incursion were greatly exaggerated in the breathless media accounts about many abandoning the Republican Party from outlets like The New York Times, NPR and Reuters.

The Democratic Congressional Campaign Committee, the NRCC’s counterpart, waited a week after the Republicans to report its first-quarter fundraising numbers.

The DCCC said in a Tuesday news release it had raised $34.1 million in the first quarter, with $30.3 million cash on hand, coming up with slightly more than the NRCC in both categories.

However, the DCCC’s first-quarter filing is not online yet with Federal Election Commission, but as of February, the committee reported $11 million in debt.

The DCCC’s news release did not indicate how much, if any, of the debt had retired.

In last November’s election, Republicans won every district listed as a toss-up by The New York Times and some it predicted Democrats would win by a narrow margin.

In the process, the GOP flipped 15 seats with an overall net gain of 12 seats.

In a recent interview with The Western Journal, former Wisconsin Gov. Scott Walker noted there are also important wins for the GOP at the state level.

“Every state that had a Republican majority before the 2020 election kept it going into this year, and three more were added — two in New Hampshire, one in Alaska, as well as a net gain of one Republican governor in Montana,” Walker said.

“[I]f you look ahead to 2022, particularly at the U.S. House of Representatives, most — not every — but most states are going to draw the boundaries in the state legislature, not only for those legislative seats but for just about every House seat,” he added.

In other words, Republicans’ prospects in the House are quite good, Walker argued, because of how well they did in their state legislative races.

“Conservatives having overwhelming majorities means that just drawing fair maps, I think will make it fairly likely that Republicans, if they run good candidates and stay true to the word, will probably regain the U.S. House of Representatives,” he said.

The current breakdown in the House is 222 Democrats and 213 Republicans, which means the GOP needs to win only five seats to fire Pelosi.

Fox News reported that in modern times, the party that holds the White House traditionally loses 25 seats in the midterms.

Of course, in 2010 during Barack Obama’s first presidential term, the tea party movement helped sweep 63 new Republican members into office, giving them a 242 to 193 majority.

Pelosi was speaker at the time and lost her gavel after holding it for four years.

Here’s hoping history repeats itself in 2022.