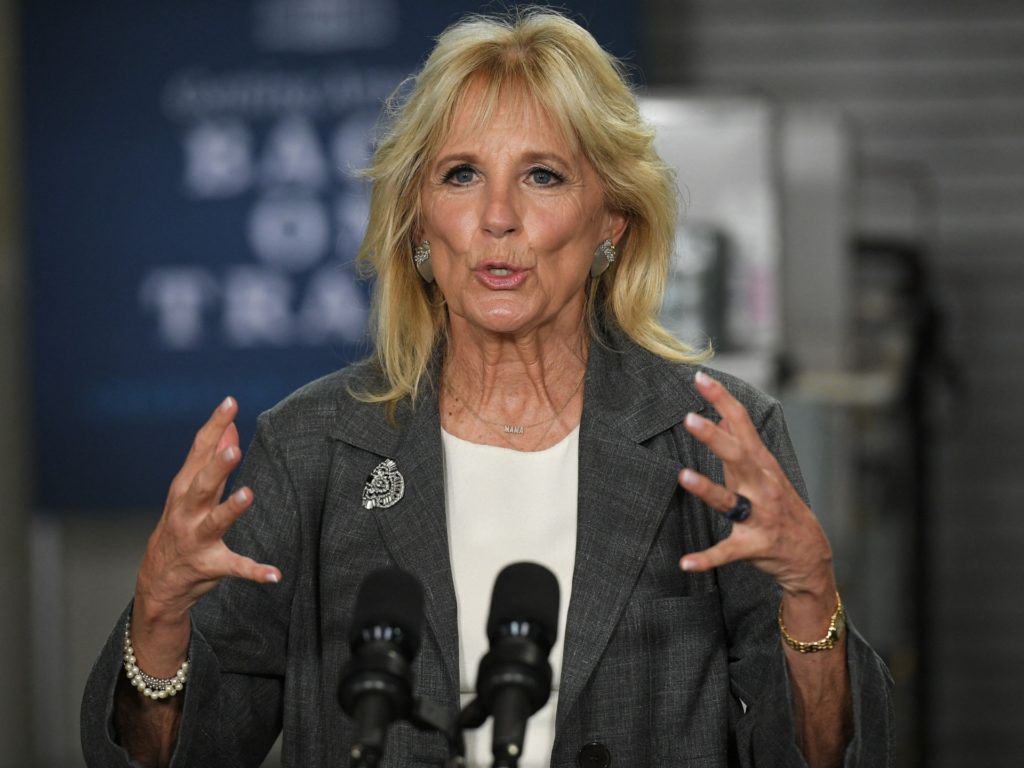 A new story about the 2020 Democrat primary campaign reveals the details of Jill Biden’s fury after Sen. Kamala Harris attacked Joe Biden for his record on race and public busing.

Harris debuted her attack on Biden’s record in a June 2019 debate with her Democrat rivals.

“There was a little girl in California who was part of the second class to integrate her public schools and she was bused to school every day. That little girl was me,” Harris said, announcing that Biden’s views personally offended her.

Jill Biden vented against Harris and her early primary debate attack on a phone call with close supporters, arguing that her husband was not racist, according to a new book about the 2020 campaign.

“With what he cares about, what he fights for, what he’s committed to, you get up there and call him a racist without basis?” Jill Biden said according to multiple people on the call. “Go f— yourself.”

Details of the call were revealed by reporter Edward-Isaac Dovere in his book Battle for the Soul: Inside the Democrats’ Campaigns to Defeat Trump and previewed by Politico.

Support for Harris spiked briefly in the polls after the debate attack but ultimately sputtered out entirely.

Harris exited the presidential race in December 2019, before the caucusing even began in Iowa, despite spending over $25 million on her failed campaign.

After Biden won the nomination Harris laughed off her attack, saying she was “1000 percent in support of Joe Biden.”