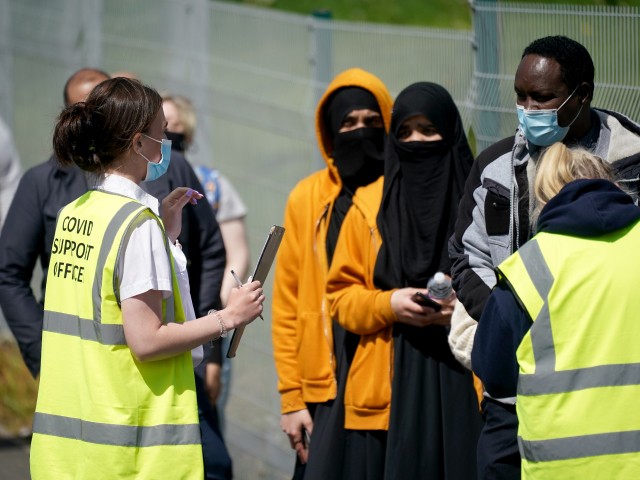 Germany has banned non-essential travel from the United Kingdom over “concern” of the Indian variant of the coronavirus, as cases of the strain spike by 80 per cent in London.

On Friday, the German Embassy announced that the United Kingdom has been “classified as an area of variant of concern”, putting into effect from Sunday, May 23rd, a travel ban on non-essential journeys.

The ban does not apply to German citizens, legal residents, or their legal partners, spouses, or minor children. All others will need a reason deemed essential, Euronews reports.

The move comes after Spain lifted restrictions for British travellers to coincide with their tourism season. The freedom of travel will come into effect on Monday.

However, both Spain and Germany are on the British government’s ‘amber’ list, meaning that travellers returning from those countries must self-isolate at home for ten days and take two post-journey coronavirus tests. Travellers must also take a pre-departure test for the virus.

According to Public Health England (PHE) numbers reported by the Evening Standard on Friday, London has seen an 80 per cent increase of the Indian variant, formally known as B.1.617.2, in one week. However, the newspaper notes that it is believed the spike is down to travellers returning from India and passing on the variant to members of their households and other close acquaintances, rather than being a result of wider community transmission.

Bolton in the north of England has also seen an increase in coronavirus cases, with the Indian variant making up the majority. The town could be subject to a local lockdown, with Conservative council leader David Greenhalgh saying there could be “a danger of unrest” if Bolton were forced back into restrictions.

This week it was reported that some 20,000 travellers from India were allowed to enter the country in the first three weeks of April, before the ban in non-essential travel from the south Asian country, despite there being growing concern about the new variant.

Another report claimed that over 100 planes had arrived from India following the travel restrictions.

Prime Minister Boris Johnson said on Friday that currently, he sees no signs that the plan to end all COVID-19 restrictions on June 21st would be delayed.

Mr Johnson said, according to Sky News: “We will be letting everybody know exactly what sort of arrangements to expect for 21 June.

The prime minister also gave strong indications that there would be no ‘vaccine passports’ required for domestic use by the end of next month, saying: “But on 21 June and vaccine certification — or COVID status certification I should say — people should bear in mind that I don’t see any prospect of certificates to go into pubs or anything else.”

Over 100 Planes Have Arrived In UK from India Since Coronavirus Travel Ban https://t.co/d1sP9jcl1o