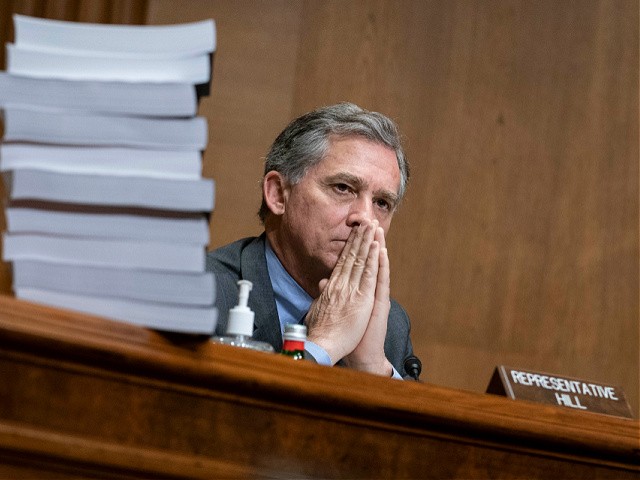 Congressman French Hill (R-AR), who voted to establish a commission to investigate the January 6th attack on the U.S. Capitol, released a statement following his vote claiming that he did so in order to get “answers from Speaker Pelosi” about security measures.

“In the days following January 6th, I called for a bipartisan commission to review the incident that occurred at our U.S. Capitol,” Hill said in a statement provided to Breitbart News. “This is why, in January, I cosponsored Rep. Rodney Davis’s proposal to establish said bipartisan commission.”

While Pelosi and other Democrat members of Congress have signaled little to no support for Republicans who raise questions, Hill believes his vote to establish the commission will receive “answers” about the “lack of adequate security in the U.S. Capitol” on January 6.

“I want answers from Speaker Pelosi on the lack of adequate security in the U.S. Capitol during that day. More importantly, understanding the events of January 6th is critical so that the instances of heroism can be recognized, and the errors made will never be repeated.”

Thirty-five Republicans sided with Democrats in the House to establish the January 6 commission in a vote of 252-175 on Wednesday evening.