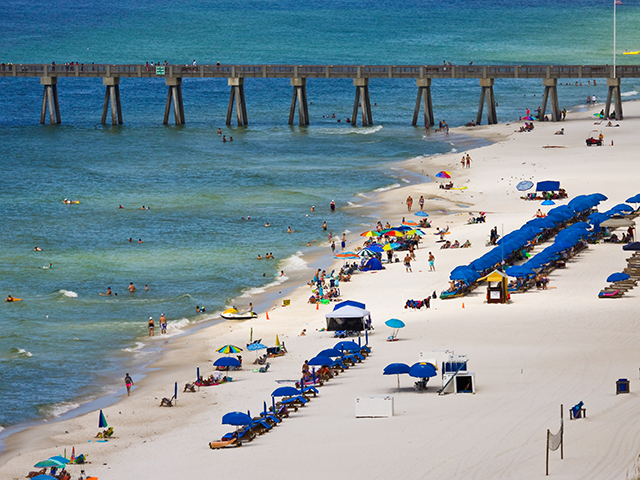 Beachgoers at Florida’s Panama City Beach formed a human chain to save a struggling swimmer from rough surf on Wednesday.

The dramatic rescue began around 1:00 p.m. Wednesday when a young girl swimming in the water began calling out for help because she got caught out in the tide, WMBB reported.

That eventually inspired Ryan Stelmachers to take a raft and join in on the rescue mission. Pretty soon, four people were in the water.

Stelmachers and his wife quickly came up with an idea to form a human chain and were able to pull everyone back to safety despite the rough waters.

Loredana Lupei recorded the rescue and uploaded the video to Storyful, which showed people cheering after everyone in the chain returned safely to shore.

Spivey added that he cautioned against people forming human chains to save people from drowning, even from among the most experienced swimmers.

“I wouldn’t advocate that anybody who’s not trained to effect rescues [or] enter the Gulf to make rescues. Even if you’re a good swimmer, you can get overpowered by the conditions or the victim if they climb on top of you,” Spivey said.