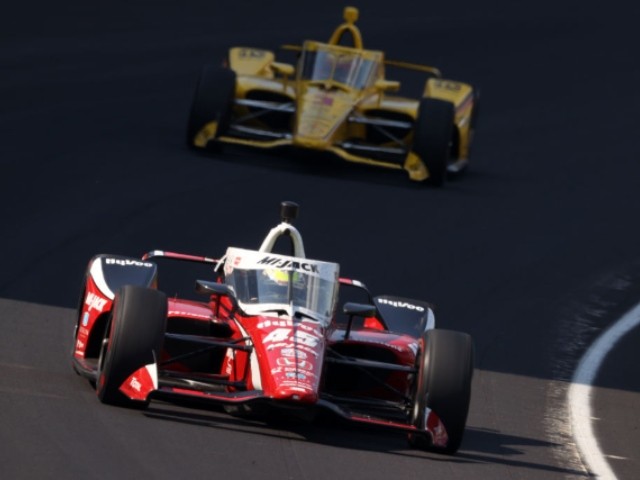 A photo-op went wrong, very wrong, during a practice run at the Indy 500 Thursday. So wrong that it resulted in an accident and discipline for the drivers involved.

The trouble started when Simona de Silvestro and Scott McLaughlin slowed down for a photo op. However, the speed reduction caused another driver, Colton Herta, to ram McLaughlin.

The Rahal Letterman Lanigan Racing team was hit with a 3-car “improper conduct” penalty for the incident.

“I was angry,” Herta said. “I thought it was irresponsible that they were doing something like that going that slow.”

“Santino Ferrucci also left Thursday’s practice early when he made contact with the exit on Turn 2, causing three damaged tires, and damage to the vehicle that resulted in Santino limping out with an apparent left leg injury,” according to Outkick. “The No. 45 driver Ferrucci appears to be all right after his trip to the hospital. ”

The penalties against his team angered Bobby Rahal.

“We were several hundred yards ahead of some other cars. It was a pit stop session and it was the first lap … I think maybe some people shouldn’t be in such a rush and the spotters maybe should have done a better job. It’s disappointing something that happened a quarter-mile behind us or thereabouts and we’ve got to pay a price for it.”

Graham Rahal, Bobby Rahal’s son, was angry at Herta over the collision.

“Two other cars managed to avoid the issue,” he continued. “We were at the start-finish line when it all happened, maybe 500 yards, maybe longer away, and from what I understand, the Team Penske spotter said, ‘Hey, a couple cars are going slower. Just be aware.’ They didn’t have a problem with it.”

Rahal was distraught because, as he believes, the Penske team did a similar photo-op during a practice run on Tuesday.