Apple on Monday updated its iOS software for iPhones and iPads to deliver a slew of new features, but the one most talked about is the new privacy setting, App Tracking Transparency.

Apple reports that “with App Tracking Transparency, apps are now required to get a user’s permission to track or access their device’s advertising identifier.”

With this update, apps can no longer share data with data brokers or track data across apps and websites owned by other companies for advertising unless the user allows it. 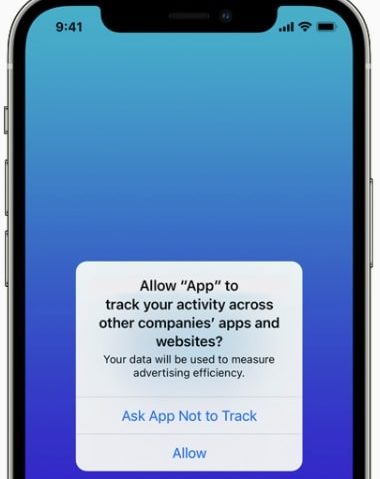 Last December, Facebook fired a shot across Apple’s bow by running a full-page ad entitled “Apple vs. the free internet” in The Wall Street Journal, The New York Times and The Washington Post, warning that Apple’s software update “will change the internet as we know it — for the worse.”

The ad focused on the harm small businesses will face because “Apple’s change will limit their ability to run personalized ads.”

“Many in the small business community say this change will be devastating for them too, at a time when they face enormous challenges.”

In January, CEO Mark Zukerberg ramped up the rhetoric in Facebook’s earnings call.

“Apple may say that they’re doing this to help people, but the moves clearly track their competitive interests,” he said according to Reuters.

Facebook Faces Tough Road to Convince Users of its Worldview

At a glance, it seems a pretty clear-cut decision.

Most users would want to limit the amount of snooping that companies can conduct on their phones.

And by packaging this update as simply giving the end user the sole power to control tracking, Apple employed something of a jujitsu move — redirecting Facebook’s ire away from Apple and toward its own users.

To circumvent this and put the best positive spin on the situation — and hopefully convince users to click “Allow” — Facebook is running the below splash screen to pop up right before the Transparency screen. 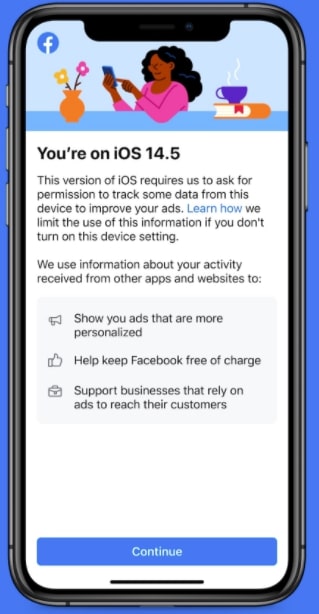 ‘Trust’ and ‘Facebook’ Not Often Found in the Same Sentence

To say the last few years have been kind to Facebook and its reputation for protecting users’ security is more than preposterous. A few notable examples in the recent past include:

Of course, the granddaddy of Facebook privacy scandals blew up in March 2018, when The Guardian reported the personal data of 50 million Facebook users were harvested up by Cambridge Analytica for years.

Apple’s Transparency Feature Shines Light on the Opaqueness of Facebook

Facebook’s decision to pick a fight with Apple and cast its efforts as a fight for the little guy seems disingenuous. Most users, when simply asked whether they want to be tracked, will likely choose no — and the herculean effort and major investment Facebook is throwing at this fight indicate that it seems to agree.

But does it have to be this way?

The power and advantage of operating in a capitalistic economy is that companies have the freedom to offer their products and services nearly any way they want.

It need not be an all-or-nothing decision.

But rather than Facebook looking for ways to incentivize users to allow additional tracking, it casts Apple as the bad guy who wants to lessen the experience for users.

It is no wonder that most people on the sidelines believe that there is only one transparent actor in this fight, and it is not Facebook.