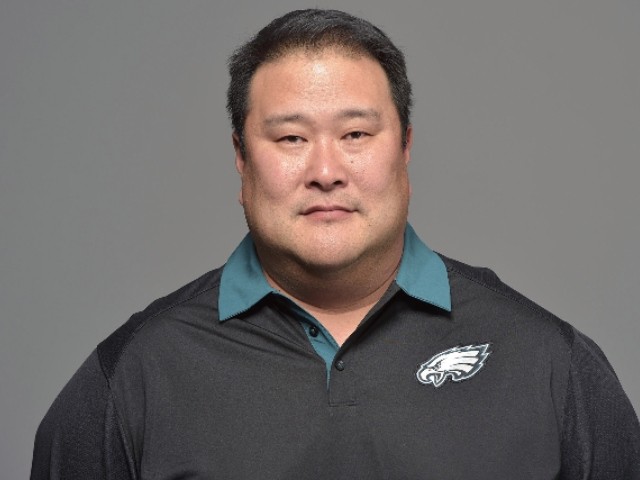 The NFL has worked hard to increase the number of minority coaches in the league. However, according to former player and coach Eugene Chung, the NFL is only interested in hiring the “right minority.”

Chung, a Virginia Tech product who played five years in the league for the Patriots, Jags, and Colts, most recently served as a coach on the Eagles staff in 2019.

However, despite having played five years in the league and having ten years of NFL coaching experience, Chung, who is of Korean descent, found out in an interview that the league’s commitment to hiring minorities didn’t apply to him.

“It was said to me, ‘Well, you’re really not a minority,’” Chung told the Boston Globe.

“I was like, ‘Wait a minute. The last time I checked, when I looked in the mirror and brushed my teeth, I was a minority. So I was like, ‘What do you mean I’m not a minority?’ ”

Chung added: “You are not the right minority we’re looking for.”

Chung did not reveal the name of the interviewer or which team he was interviewing with.

“That’s when I realized what the narrative was,” Chung said. “I was blown away, emotionally paralyzed for a split second. I asked myself, ‘Did I hear that correctly?’ ”

Chung says he asked the interviewer to explain what they meant by saying he wasn’t “a minority.”

“As soon as the backtracking started, I was like, ‘Oh no, no, no, no, no, you said it. Now that it’s out there, let’s talk about it,’ ” Chung said. “It was absolutely mind-blowing to me that in 2021 something like that is actually a narrative.”

Chung made it clear, however, that he doesn’t have a problem with the league in general, just the narrative behind the minority hiring process.

“I’m not sitting here bashing the league at all, because there are great mentors and there are great coaches that embrace the difference,” Chung explained. “It’s just when the Asians don’t fit the narrative, that’s where my stomach churns a little bit.”

The NFL created the Rooney Rule to increase the number of minority hires among the league’s head coaches. Recently, the rule got a makeover and was expanded to include hiring minority candidates for assistant coach and front office positions. Should a team satisfy the Rooney Rule requirements and hire the minority candidates, the league can reward the team with extra draft picks.