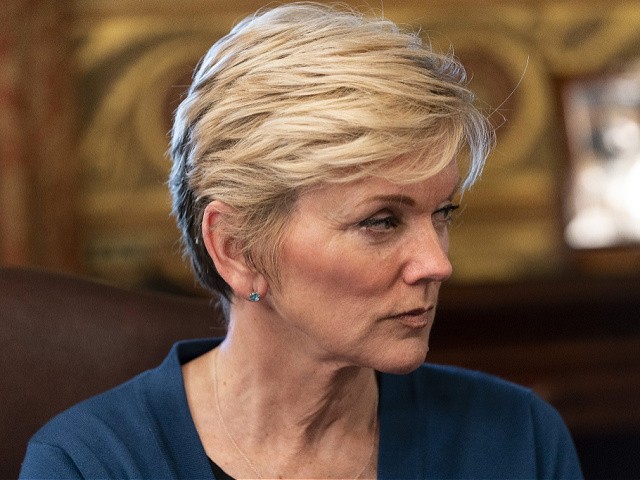 Watchdog group Protect the Public’s Trust said there are still many unanswered questions for the public to know after Secretary of Energy Jennifer Granholm’s sale of her massive holdings in Proterra, an electric bus maker.

“Protect the Public’s Trust applauds Secretary of Energy Jennifer Granholm’s decision to divest from Proterra,” the group said in a statement. The group also said, Proterra, the company in which Granholm had holdings, is like the “Tesla of electric buses.”

The group also noted the secretary’s “decision appears to be a reaction to the weight of external forces and still leaves many relevant ethical questions unanswered.”

On the news of the stock sales, an Energy Department spokesperson said, “Secretary Granholm has acted in full accordance with the comprehensive ethical standards set by the Biden Administration and has completed her divestment well ahead of the time required by her ethics agreement.” The group, in response, said, “the American public could rightfully question the value of those standards.”

The statement outlines how the secretary had released a list of her divestments in early April that had “omitted Proterra while including investments with a far lower likelihood to present conflicts of interest.” The statement later added that “between the time of that release and yesterday’s announcement, the President singled out the company for endorsement and promotion when he made a well-publicized virtual visit in April.”

“Additional concerns have been raised by Granholm’s leadership of an initiative around electric vehicle materials – one that could result in significant financial benefits for Proterra and potentially the value of her previous holdings in the company,” the group added.

Granholm Announcement Leaves Many Ethics Questions Unanswered; The American public is left wondering if the Secretary benefitted from the Administration’s promotion of the “Tesla of electric buses”https://t.co/ei1mGbXLyf

The watchdog group published a series of questions the group would like Granholm and the Biden administration to provide answers to:

“While we are pleased that Secretary Granholm has eventually done the right thing and divested herself from Proterra, many questions remain unanswered,” said Michael Chamberlain, the Director of Protect the Public’s Trust.

“While Secretary Granholm no longer owns the stock, the American public still deserves answers to why this perceived conflict lasted as long as it did,” he added.