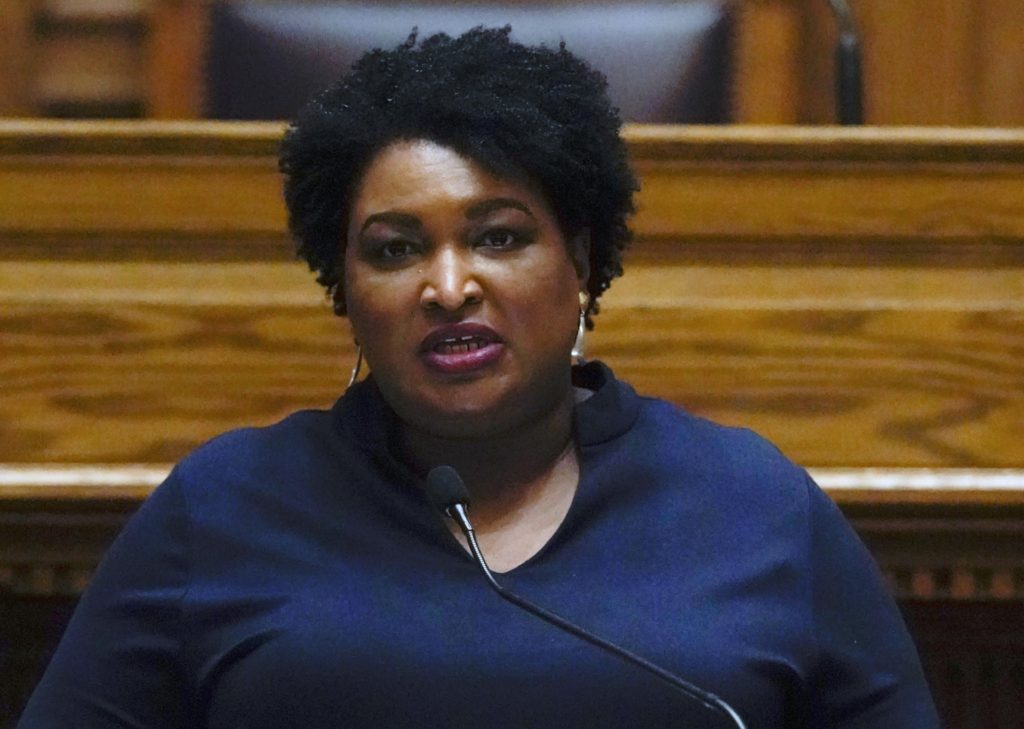 Left-wing activist Stacey Abrams is calling on opponents of Georgia’s newly-enacted election integrity law not to boycott the state’s companies — “yet” — and is instead urging them to pour money into efforts supporting Democrats’ federal election policy changes.

“The companies that stood silently by or gave mealy-mouthed responses during the debate were wrong,” Abrams, who lost a 2018 gubernatorial campaign in Georgia, told the Atlanta Journal-Constitution Thursday. “What people want to know now is where they stand on this fundamental issue of voting rights.”

Abrams lashed out at corporations for not publicly opposing the sweeping election reform prior to Gov. Brian Kemp (R) signing the bill into law last Thursday, calling their silence “deeply disappointing.”

“Hopefully, we’ll build such a hue and cry that the Legislature will have to correct what they’ve done,” she told the AJC. “But these companies sell their products across the country, and across the country, there are Black and brown voters who need to know they’re not being left behind.”

The law is designed to prevent voter fraud in Georgia’s elections, prompted by widespread issues during the 2020 presidential election, by requiring voters to submit ID for mail-in voting and reducing the use of ballot boxes.

Abrams has repeatedly suggested that the bill is politically and racially motivated, telling the newspaper that, “These bills are being promulgated across the country with the intended effect of blocking voters who are becoming inconvenient to the Republican Party: voters of color, young people, and the poor.”

Abram’s remarks come after President Joe Biden waded into Georgia’s boycott debate, affirming that he would support a decision for Major League Baseball to relocate its 2021 All-Star Game out of Atlanta due to the law.

Corporations have joined Biden in condemning the law, with Coca-Cola Company and Delta Airlines urging action to be taken against it.

“Let me get crystal clear and unequivocal this legislation is unacceptable,” Coca-Cola Company chairman and CEO James Quincey declared Wednesday during an interview with CNBC. “It is a step backward. It does not promote principles we have stood for in Georgia around broad access to voting, around voter convenience, about ensuring election integrity. This is frankly just a step backward. We have spent many decades promoting within Georgia a better society and better environment for business, and this is a step backward.

“Our position remains the same. This legislation is wrong and needs to be remedied. We’ll continue to advocate in both private and even more clearly in public,” Quincey added.