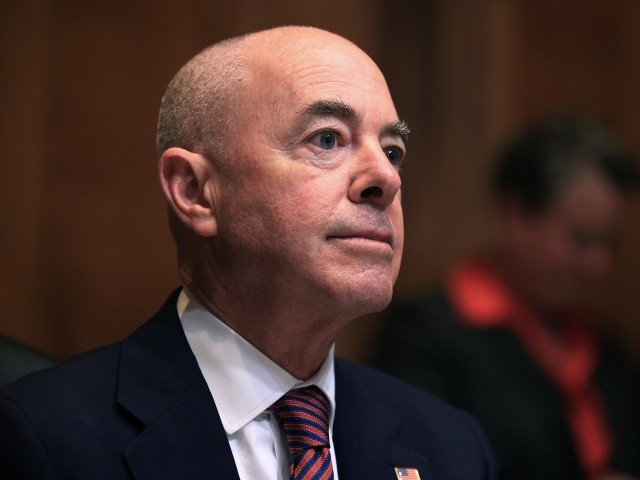 In a committee hearing with House lawmakers on Wednesday, Mayorkas suggested that he will take more action against the Immigration and Customs Enforcement’s (ICE) 287(g) program that allows local police to partner with ICE agents to keep criminal illegal aliens off the streets.

“I’m certainly aware of some of the abuses of the 287(g) program and I believe that I brought an example of that abuse to an end recently,” Mayorkas said, adding:

I am engaging with the men and women of ICE in the development of Secretary’s enforcement guidelines. And once we have done that, I do intend to continue my dialogue with sheriffs and chiefs of police … to see how we can most effectively partner in the service of … smart and effective law enforcement.

Mayorkas also claimed that ICE’s 287(g) program has a history of “pernicious practices” but did not give examples or elaborate on the remark.

The statements indicate that President Joe Biden’s administration is looking to expand their “sanctuary country” orders — whereby ICE agents are barred from arresting and deporting most illegal aliens — to limit the scope at which local law enforcement agencies can utilize the 287(g) program.

Last week, Mayorkas announced he was directing ICE to end its 287(g) agreement with Bristol County, Massachusetts, as well as terminating DHS use of detention facilities in Massachusetts and Georgia — both of which hold criminal illegal aliens.

As data from the 287(g) program has shown, the Bristol County agreement ended by Mayorkas helped arrest and turn over to ICE agents criminal illegal aliens charged with:

U.S. Department of Homeland Security (DHS) Secretary Alejandro Mayorkas offered no analysis as to why he has ordered ICE to end the 287(g) agreement with Bristol County. It appears that the political appointees at DHS targeted this 287(g) agreement without any discussion with subject-matter experts or officers in ICE’s 287(g) Unit. Had they done so, Biden’s staff would have learned that they were about to make an apparently arbitrary and capricious decision that is in violation of a memorandum of agreement (MOA) and a reckless threat to public safety. [Emphasis added]

For months, House and Senate Democrats have been lobbying Biden and Mayorkas to entirely eliminate ICE’s 287(g) program.

“We ask that all funding for the 287(g) program be zeroed out for FY 2022,” a group of House Democrats wrote to budget appropriators weeks ago.