Despite Relentless Media Campaign, Americans’ Fear of COVID Now Eclipsed by Threat on Our Border 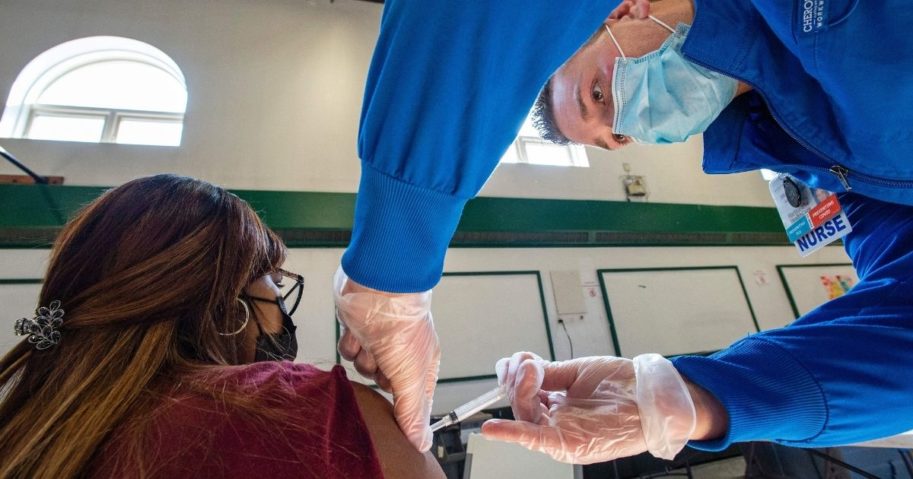 For a long time, Americans were hungry for doomsday coverage of the coronavirus pandemic, and establishment media outlets were happy to oblige.

The phenomenon led to “doomscrolling,” which Dr. Ariane Ling, a psychologist and assistant professor at New York University’s Langone Health, described as “the act of endlessly scrolling down one’s news apps, Twitter and social media and reading bad news.”

“In the efforts to make information accessible to all, many major news resources like [The New York Times] are offering coverage of COVID for free,” Ling told Healthline in July. “This creates both less barriers to being informed, but it also adds to the abundance of doomsday headlines out there.”

The crippling fear of COVID-19 fueled by media handwringing was reflected in public polling.

In June, the Pew Research Center found that 58 percent of Americans believed the coronavirus pandemic was a major problem.

In a follow-up survey published last August, 62 percent of voters said the pandemic would play a very important role in determining their choice for president. The survey polled 11,001 U.S. adults from July 27 to Aug. 2 and had a margin of error of +/- 1.5 percentage points.

The puzzle pieces have shifted since then.

Prophecies of doom and gloom no longer weigh on people’s minds, and the country is eager to return to normal. It’s certainly been long enough.

Which are you more concerned about?

Since President Joe Biden took office, however, Americans have been forced to turn their attention to the southern border.

“The share of Americans saying the coronavirus is a very big problem has declined 11 percentage points since last June (from 58% to 47%), while the share citing illegal immigration has increased 20 points (from 28% to 48%),” Pew reported on April 15.

Pew’s liberal following was rather miffed by this revelation. One user was even confused as to why she and her friends were not consulted before the poll was released. Bless her heart.

How many adults. No one asked me or any single person I know. No one. What was the racial make up of the people you asked? What was the median age and political background?

None of this data should be particularly surprising. As COVID-19 vaccines continue to be administered and hospitalization and death rates plummet, the situation at the border has become the real crisis.

Yet Biden has hardly admitted that anything is out of the ordinary.

The president’s inaction has forced leaders like Republican Texas Gov. Greg Abbott and even Democratic Sen. Kyrsten Sinema of Arizona to take a stand in his place.

Based on Pew’s data, it’s clear that the American people are taking notice.