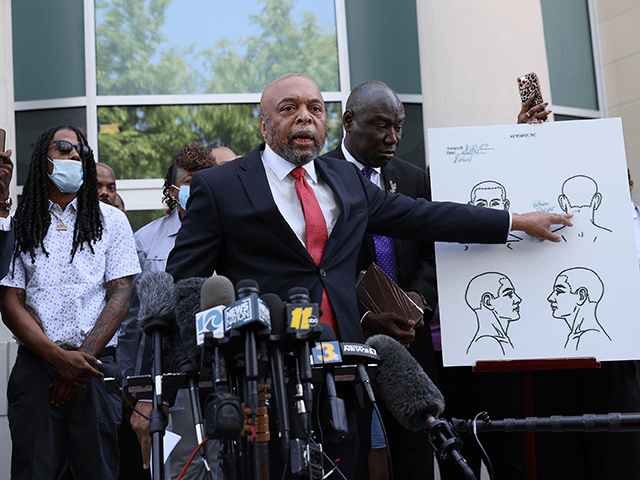 District Attorney Andrew Womble announced Tuesday the deputies who shot and killed Andrew Brown Jr. in April in North Carolina were justified in their actions and will not be criminally charged.

“Mr. Brown’s death, while tragic, was justified, because Mr. Brown’s actions caused three deputies with the Pasquotank County Sheriff’s Office to reasonably believe it was necessary to use deadly force to protect themselves and others,” Womble stated.

He made the comments prior to showing body camera footage of the incident to the public for the first time, according to ABC 11.

“Brown’s family, who had already seen the video in question, previously said the video showed Brown, afraid for his life, backing away and then driving off in an attempt to escape being killed,” the outlet continued:

The deputies were at his home serving arrest and search warrants following an investigation that authorities said linked him with drug-related crimes. They learned of Brown’s location and arrived there around 8:30 a.m. to arrest him. The total time the deputies interacted with Brown–from the moment they jumped out of the truck to the moment they pulled Brown’s body out of his crashed vehicle–was 44 seconds. Womble showed four different deputy body camera videos of those 44 seconds.

In the second clip, one officer was heard telling the driver to let him see his hands. Seconds later, the car reversed and appeared to narrowly miss a deputy when it moved forward.

“Brown’s precise speed in attempting to flee and striking deputy Lundsford is uncertain. But that he drove recklessly and endangered the officers, is not uncertain. Therefore I find that Brown’s actions and conduct were indeed dangerous by the time of the shooting,” Womble noted.

Womble said Lundsford was hit twice by Brown’s car, but admitted he had no evidence the deputy or another deputy were injured.

“I cannot clarify whether there were any injuries sustained. I do not know that,” he commented.

According to Womble, the official autopsy has yet to be finalized, but results from the medical examiner’s office showed Brown had two gunshot wounds, one in his right shoulder and one in the back of the head.

“The autopsy also found a substance consistent with crystal meth was found in Brown’s mouth at the time of his death,” the ABC 11 report said.

Brown’s family reportedly wants the United States Justice Department to step in following the district attorney’s announcement, according to WITN.