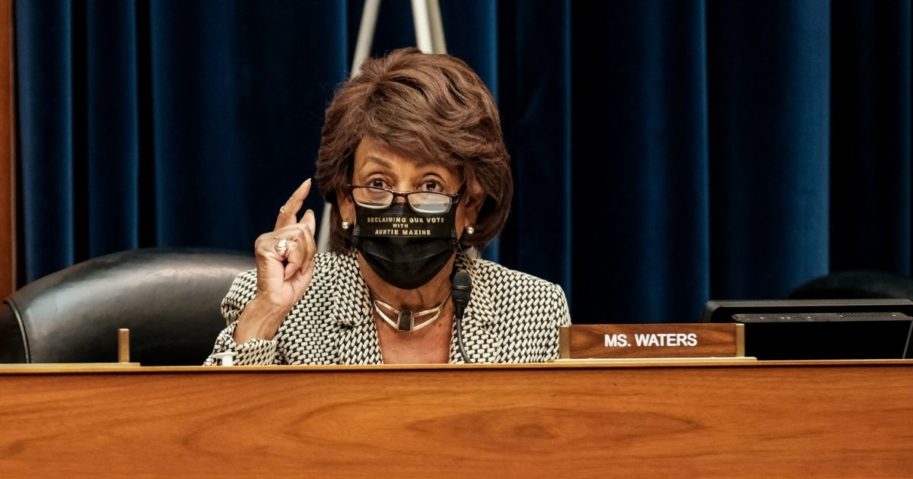 House Democrats may strike back against Republicans who sought to censure Democratic Rep. Maxine Waters of California over comments Waters made prior to the verdict in the Derek Chauvin trial.

Last weekend, Waters made a pit stop in Brooklyn Center, Minnesota, on Saturday to whip up a crowd of protesters angry over the death of Daunte Wright, 20, a black man shot by a white police officer after a traffic stop. While she was there, she was asked about what should happen if Chauvin was not convicted in the death of George Floyd.

Republicans forced a House vote to censure Waters, but Democratic discipline prevailed and the motion went down to defeat 216-210, according to Politico.

Some Democrats now want revenge, according to The Hill.

“[E]veryone — including House Republican leadership — knew this stunt was nothing more than an effort to promote white supremacy in the United States Congress,” Gomez wrote colleagues to get their support.

“From her open support for political violence against our colleagues to her brazen promotion of anti-Semitism and racism, there is no shortage of reasons as to why Congresswoman Marjorie Taylor Greene is unfit to serve in this legislative body. I hope everyone — both Republicans and Democrats — will join me in this endeavor to ensure our collective safety and preserve our democracy,” Gomez wrote.

His proposal had 72 co-sponsors as of last week.

Do all members of Congress need to tone down their rhetoric?

Chairwoman Waters’ actions are beneath the dignity of this institution.

They raised the potential for violence, directed lawlessness, and may have interfered with a co-equal branch of government.

I just introduced this censure resolution to hold her accountable. pic.twitter.com/cGuEFNNqZo

“As my friend the leader knows, we haven’t had all the resolutions that have been introduced on my side of the aisle,” the Maryland Democrat said, according to The Hill.

“This makes it harder, however, not to proceed on numerous resolutions on my side of the aisle,” he said.

RELATED: The Chauvin Trial: In the Aftermath of a Questionable Verdict, Chauvin’s Case for Appeal Grows Stronger

“I think all of us on our side of the aisle are very concerned about the aid and comfort that the rhetoric of some and the actions of some gave to those who committed criminal insurrection against the United States of America and against our democracy on January 6,” Hoyer said.

“So we’re still very concerned about that, and action is still possible on that.”

Democratic Rep. Susan Wild of Pennsylvania said she did not care for what Waters said, but noted that it needed to be balanced against what Republican members said around the time of the Jan. 6. incursion, according to Politico.

“I had to weigh it long and hard because of the votes we’ve taken earlier this year,” Wild said, referring to House action that removed Greene from her committee assignments over past rhetoric. “I don’t think it rises to that level. But it was not an easy vote.”

The final verdict on the impact of Waters’ remarks is not yet in. Chauvin’s defense sought to use the comment to have a mistrial declared. That effort failed, but the judge in Chauvin’s trial noted that the comment may provide grounds for an appeal.