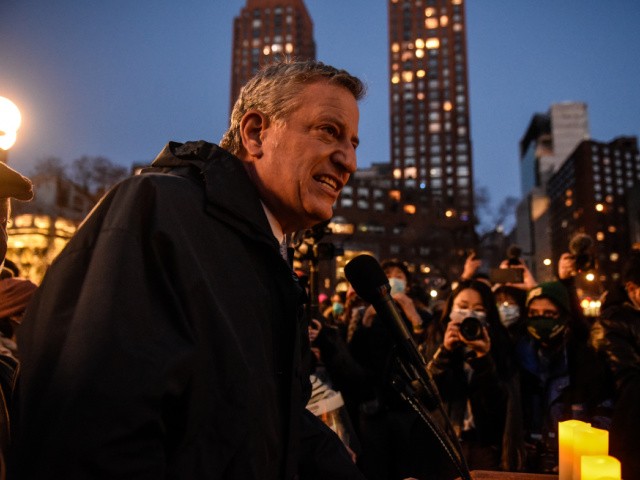 New York City Mayor Bill de Blasio will kneel during an event in Harlem marking the one-year anniversary of George Floyd’s death, according to a Monday report.

The tribute will last for 9 minutes and 29 seconds, the length of time that then-police officer Derek Chauvin kneeled on Floyd’s neck while he was under arrest in Minneapolis.The event, which is hosted by the Rev. Al Sharpton’s National Action Network (NAN), will also call for the passage of the George Floyd Justice and Policing Act in the US Senate.

The bill is designed to bar law enforcement from chokeholds and no-knock warrants, and would end qualified immunity for officers.

President Joe Biden is slated to host the Floyd family at the White House Tuesday, according to Ben Crump, the attorney for the family. Biden is expected to promote the George Floyd Justice and Policing Act during the event.

“We MUST prevent the suffering the future marginalized POC by passing the George Floyd Justice in Policing Act!” tweeted  Crump as he confirmed the news regarding Biden’s plans.

The president previously promised to fly the Floyd family to the White House on Air Force One for a signing ceremony if the George Floyd Justice and Policing Act is passed.