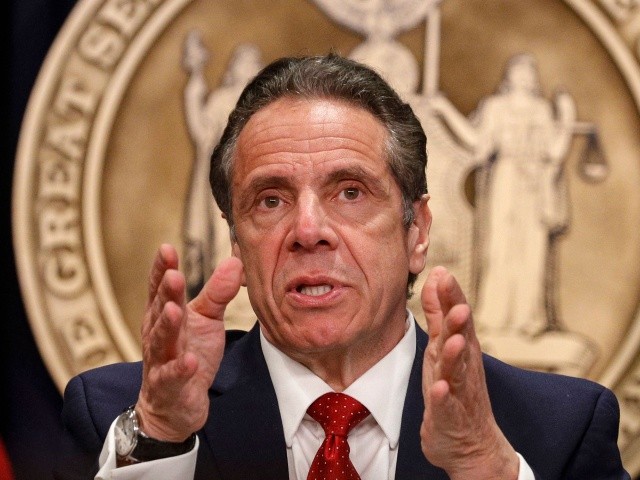 While more than a million jobs have been lost in New York and an estimated 80,000 New York businesses may not make it to the end of the Chinese coronavirus pandemic, Gov. Andrew Cuomo (D-NY) is negotiating a plan to provide $2.1 billion worth of taxpayer-funded benefits to illegal aliens and convicted felons.

Sources told the New York Post this week that Cuomo, along with New York State Democrats, is negotiating a $2.1 billion fund where at least 187,000 illegal aliens and 87,000 felons could receive taxpayer-funded unemployment benefits that mirror state and federal benefits.

Recipients, should the taxpayer-funded program be included in the state budget, could also become secure medical coverage paid for by New York’s public health insurance program.

Illegal aliens already enjoy protection from federal immigration law in New York thanks to the state’s sanctuary policy while those accused of violent crime receive regular aid via Cuomo’s bail initiative that frees them from jail almost immediately after being arrested.

New York, and particularly New York City, has been ravaged by Cuomo and Mayor Bill de Blasio’s (D) economic lockdown measures that have now been in place for more than a year. Historic venues, hotels, restaurants, nightclubs, and local neighborhood spots have had to close their doors for good as a result of the lockdowns.