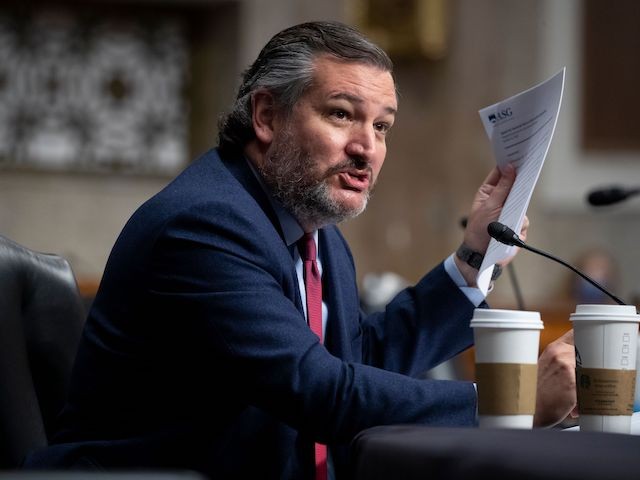 Known as the “No Vaccine Passports Act,” the legislation would “prohibit” the government and employers from mandating vaccines, Cruz said. He argued that getting the vaccine should be someone’s personal decision.

“Listen, I think vaccines are terrific. I’ve had the vaccine myself. I think it’s given us a lot of freedom, but I think there’s a real potential for government overreach, and I don’t believe anyone should be forced to take the vaccine,” Cruz advised. “It should be your personal choice. You should make the choice based on your health, based on the decisions you want.”

He continued, “[I]’ve introduced this week legislation that would, number one, prohibit any federal vaccine passport, prohibit the Biden administration from doing anything to mandate vaccines, but it also prohibits discrimination in employment. We’re seeing some places where employers are saying if you’re not vaccinated, you’re fired, and that ought to be illegal. Your health decisions are yours to make, and it shouldn’t be your boss. It shouldn’t be the government. It shouldn’t be anyone else forcing you to make those decisions.”

“[J]oe Biden has said the federal government is not going to require a vaccine passport,” he added when asked if he thinks the bill would have bipartisan support. “And so, if he believes that, if Democrats believe that, they ought to be able to support this bill. This bill builds on existing civil rights laws, and it simply adds your health decision of whether or not to get this vaccine to the protected classes that cannot be discriminated against. It also ensures privacy. It ensures that your medical privacy is protected, that you can’t be forced to disclose information against your will.”