Clarke’s Past ‘Far-left’ Statements Make Her Unfit for DOJ 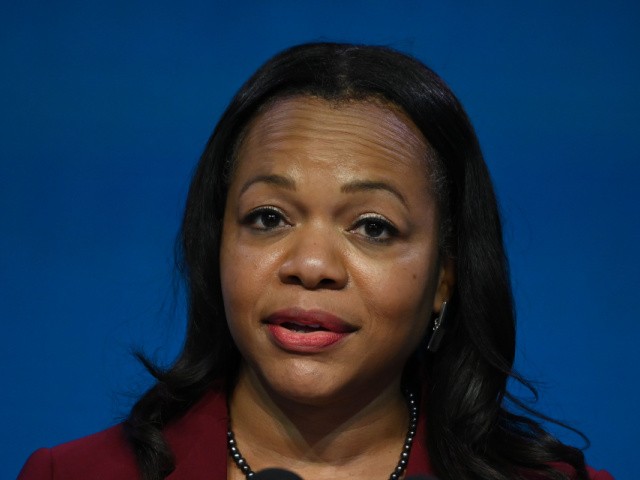 Senate Minority Leader Mitch McConnell (R-KY) slammed Kristen Clarke, President Joe Biden’s nominee, Monday on the Senate floor, calling her unfit for the Department of Justice (DOJ) due to her past far-left comments.

During his time on the floor, McConnell spoke about Clarke having been unable to be voted through the Senate Judiciary Committee after her hearing. McConnell said that since the assistant attorney general nominee had “failed to even advance out of the committee,” Senate Majority Leader Chuck Schumer (D-NY) “had to reach into the judiciary committee and rescue the nomination.”

The minority leader explained the Republicans on the committee “did not give her a favorable recommendation.” He had added, it was “because of a long history of statements that placed the nominee on, frankly, the far-left fringe of the political spectrum.”

McConnell has explained that Clarke last year had publicly argued that Americans “must invest less in police.” Clarke had used the same phrase three different times in the same essay she authored. He mentioned some statistics that show crime is going up across the country, adding, “30-plus major American cities found that the murder rate jumped 30 percent last year alone.”

He mentioned, “early data from this year suggests that 2021 may even be worse.” Still, Biden’s response to the unarguable data is to have a person in the Department of Justice that is in favor of “defunding the police.”

The senator also mentioned “a recent study by multiple university professors” that stated, “more cops lead to fewer murders.” He said Clarke made statements like “to make it easier for people to use religion to mask their discriminatory goals.” He called such comments “an incredibly out-of-touch far-left statement.”

McConnell wanted to draw more attention to Clarke’s antisemitic past. He said, while everyone is “watching an alarming spike in antisemitic attacks and violence across our country,” Clarke, in her past, has done some alarming things.

“As a Harvard undergraduate, Ms. Clarke invited, welcomed, introduced, and then defended a famously antisemitic guest speaker who had authored a book literally entitled — now listen to this — The Jewish Onslaught,” he explained.

McConnell said Clarke “stated recently that she regrets that decision,” adding he would “certainly hope so.”

He finished talking about Clarke by added, “I would urge colleagues to vote no this week,” when the full Senate has to vote on her nomination.