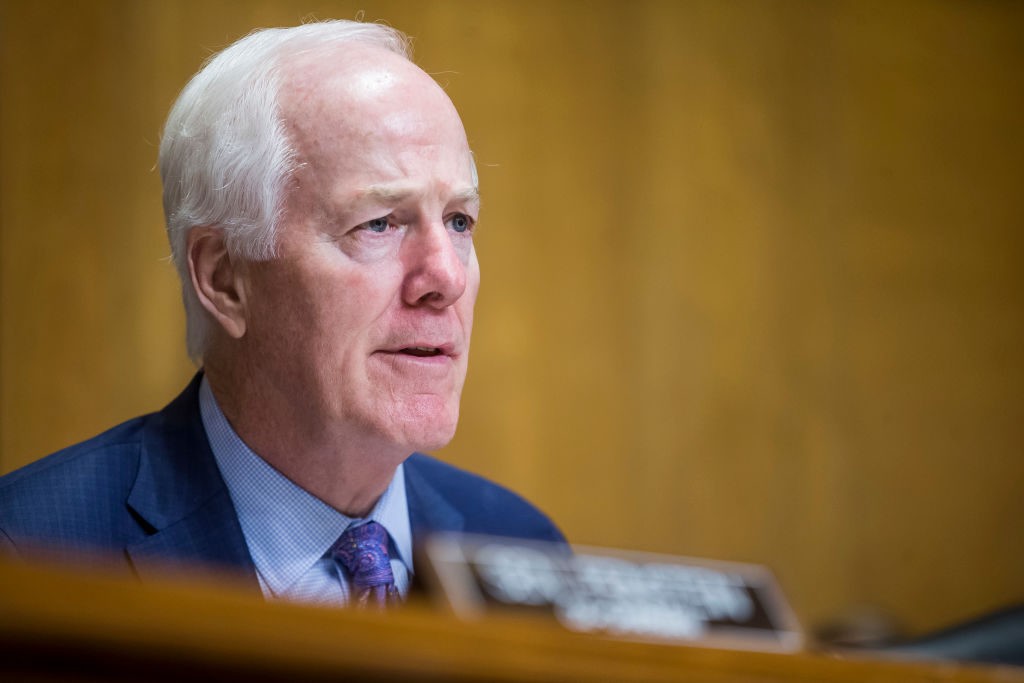 A coalition of American scholars, policymakers, and concerned citizens has formed a “Civics Alliance” that seeks to alert Americans about the dangers of civics education based on Critical Race Theory (CRT) and to call upon Republican lawmakers to withdraw their support for “bipartisan” legislation that backs these reforms.

Stanley Kurtz, senior fellow at the Ethics and Public Policy Center and a national leader in the research on civics curriculum, called attention to the Civics Alliance effort in a piece published Monday at National Review.

An open letter, addressed to Sen. John Cornyn (R-TX) and Rep. Tom Cole (R-OK), urges the two GOP lawmakers to abandon their support for the Civics Secures Democracy Act, an effort the Civics Alliance asserts will “smuggle progressive action civics into American K-12 classrooms under the guise of bipartisanship.”

The letter, which can be signed here by any concerned citizen, reads:

Recent actions by the Biden Administration will prevent this legislation from supporting impartial civics education and will instead direct the funds it authorizes to subsidize ideologically partisan political activism. We believe you can best achieve your original aims to support impartial civics education by rescinding your support for this legislation.

The alliance acknowledges that while the legislation, introduced by Rep. Rosa DeLauro (D-CT), appears “innocuous” in its call to “prioritize funding for ‘media literacy,’ ‘evidence-based practices,’ and to ‘improve knowledge and engagement … [among] traditionally underserved’ students,” these phrases are still often used to back “action civics,” opening the way for students, for example, to earn credit for helping to organize a Black Lives Matter protest in their town.

The Civics Alliance likens Republican support for the Civics Secures Democracy Act to that by many GOP lawmakers over a decade ago for the Common Core State Standards:

Just as the Education Department’s Race to the Top Fund gave the cash-strapped states an irresistible incentive to adopt Common Core, and thereby imposed de facto federal control on state standards and curriculum, so the Civics Secures Democracy Act will give the federal government de facto power to impose Action Civics and Critical Race Theory on the states.

Common Core has been a disaster. https://t.co/nmWkNSOuhF

Kurtz recently told Breitbart News the “action civics” education reform will teach America’s students how to community organize for leftist causes with a woke education program based on CRT, a Marxist-based philosophy that views social and cultural issues through the lens of race and assumes that inequalities of outcome are a product of systemic racial power structures.

With an “action civics” framework, “teachers organize their students for demonstrations and lobbying on behalf of leftist causes,” said Kurtz, the author of the Partisanship Out of Civics Act, a model for legislation that would ultimately ban “action civics” at the state level.

He explained how “action civics” would operate:

Action civics also lets students volunteer with leftist community organizations and participate in their advocacy for course credit. If you layer “culturally responsive” woke education on top of that, teachers are forced to indoctrinate students with ideas like “systemic racism,” “white privilege,” and “gender fluidity.” Teachers also have to go through training sessions to cure them of their “whiteness.”

A parent is rejecting the forced “anti-racism” training that is representative of the left’s woke-culture indoctrination taking place in public and private K-12 schools. https://t.co/QBbaYmqHxf

The National Association of Scholars (NAS) is leading the Civics Alliance dedicated to “defending and restoring true civics education across the United States,” said Peter Wood, the organization’s president.

Wood said the coalition hopes to preserve a civics education that teaches about American founding principles and documents, key events in United States history, how government works at all levels, and “the spirit of liberty and tolerance that should animate our private interactions with our fellow citizens.”

He explained what a civics curriculum should teach American students:

By the time students leave high school, they should comprehend the rule of law, the Bill of Rights, elections, elected office, checks and balances, trial by jury, grand juries, civil rights, military service, and many other points in the traditional American civics curriculum. College undergraduates, and especially graduates of education schools, should also learn how these civic fundamentals emerged from Western Civilization, including through developments in Western political theory and American history.

Today, however, Wood said such a civics curriculum is being undermined by “radical activists,” a situation that has necessitated the formation of the “Civics Alliance,” adding:

Kurtz said the Biden administration’s “open embrace of the 1619 Project and critical race theory” makes clear that “the good intentions of Cornyn and Cole will be used to achieve the very opposite of what they are aiming for.”

“That means it is urgently necessary for them to reverse course and abandon the so-called Civics Secures Democracy Act,” he urged. “The Biden rule has transformed the politics of this issue. Cornyn and Cole ought to respond accordingly by repudiating this badly misguided bill.”