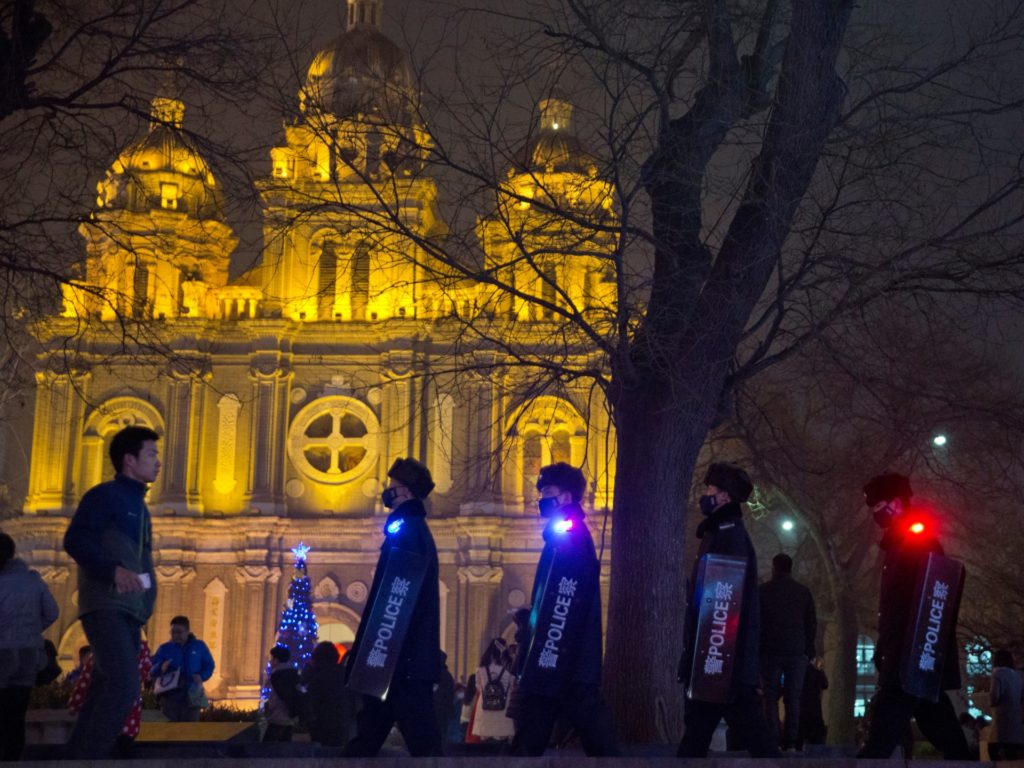 ROME — Officials of the Chinese Communist Party (CCP) have arrested the bishop of Xinxiang along with 10 priests, in an apparent attempt to apply further pressure to the illegal underground Catholic Church, Asianews reported Monday.

Police took the bishop and priests to a hotel where they have been kept in solitary confinement and subjected to “political sessions” to indoctrinate them with the CCP’s understanding of religious freedom, reported AsiaNews, the official press agency of the Pontifical Institute for Foreign Missions.

On May 24, the Catholic Church marked the World Day of Prayer for the Church in China, a yearly feast established by Pope Benedict XVI in 2007. The bishop of Yangon in neighboring Myanmar, Cardinal Charles Maung Bo, called this year for a special week-long prayer campaign for the Chinese people.

Cardinal Bo has been a stern critic of the Chinese Communist Party (CCP) under the guidance of General Secretary Xi Jinping, which he has called “despotic” and “impossible.”

Bishop Giuseppe Zhang Weizhu of the prefecture of Xinxiang (Henan) is a member of the underground Catholic Church faithful to Rome and is recognized by the Holy See but not by China’s communist government. This is not the first time authorities have imprisoned him.

The 10 priests arrested with Bishop Zhang are also considered criminals for their refusal to join the state-run Chinese Catholic Patriotic Association (CCPA) as required by the New Regulations on Religious Activities.

Asianews reported that the 63-year-old bishop and the priests were arrested on May 20 and 21 in a major police operation involving 100 officers from Cangzhou, Hejian, and Shaheqiao. Local members of the faithful insist that the indoctrination sessions to which the clergy are being subjected amount to “brainwashing.”

Police also detained 10 seminarians studying theology at a local underground seminary operating out of a factory. The students were later delivered to their families and prohibited from continuing with their theology studies.

China’s updated religious regulations, which came into force on May 1, only allow religious practice in the country in places registered and controlled by the Communist Party and Catholic personnel can only function legally if they enlist in the CCPA.

Religious practice in China is managed by the United Front and the Ministry of Religious Affairs, which is independent of the Foreign Ministry and therefore not subject to any agreements made by the ministry with the Holy See.