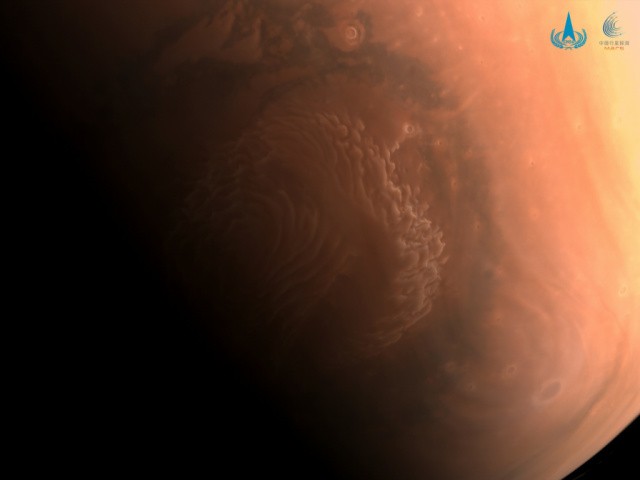 The Chinese Communist Party claimed a Chinese rover has landed on Mars, making China the second nation, behind the United States, to accomplish a landing on the planet.

“The rover, named Zhurong after the Chinese god of fire, is part of China’s Tianwen-1 mission, which launched in July 2020,” NBC News reported Friday.

Not many details regarding the Tianwen-1 mission have been revealed to the public; however, the Mars probe and its rover were designed to map the planet’s surface and look for signs of life, according to the outlet.

“The China National Space Administration said in a statement Friday that the Tianwen-1 spacecraft ‘has functioned normally’ since it’s launch last year and has collected a ‘huge amount of scientific data,’” the article read.

Congratulations to CNSA’s #Tianwen1 team for the successful landing of China’s first Mars exploration rover, #Zhurong! Together with the global science community, I look forward to the important contributions this mission will make to humanity’s understanding of the Red Planet. pic.twitter.com/KexElIu8OH

According to NBC, the rover landed Friday just after 7:00 p.m. ET in a Mars region called Utopia Planitia.

“The vast, icy plain was also where NASA’s now-defunct Viking 2 lander touched down in 1976,” the article said.

“As part of its plan to become the world’s leading superpower, China has invested billions in space programs over the past two decades, which also tie into the country’s aggressive military ambitions, posing a potential threat to U.S. national security,” Breitbart News reported.

In July, the United Arab Emirates (UAE) launched its first mission to Mars in what was the Arab world’s first space exploration project.

“The launch of the probe, named Hope, was hailed as a success by the leaders of Dubai and Abu Dhabi, the two most important city-states within the federation,” according to Breitbart News.