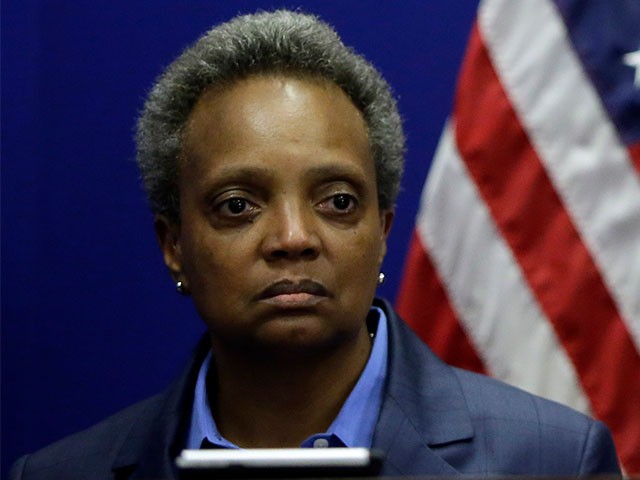 The members cited what they described as a “lack of consideration” for police officers’ working conditions, according to WTTW.

In a YouTube message, Fraternal Order of Police Lodge 7 President John Catanzara said the union’s members spoke “loud and clear” during the general meeting Wednesday regarding the vote:

There was a motion from the floor and a second from the floor with the unanimous vote with zero dissent for a no confidence vote against the mayor, the superintendent, and the first deputy. The basis for this no-confidence vote is pretty simple. It’s two-fold. It’s a lack of respect for the Gold Star families and the cancellation of the St. Jude parade, not only to Gold Star families but our members who look forward to remembering the fallen every year.

The second part of the no confidence vote was the working conditions for our officers for the better part of a year now, and the lack of consideration for family life, social life, whatever the case may be. Too many of our officers have worked extended hours not voluntarily but forced, and the compensation, for starters, is the same whether you volunteer or not. That makes absolutely no sense, but the department doesn’t give a damn.

“The cancellation of days off and 12-hour shifts, yet again, for no reason, it is pretty close to a contract violation which says it has to be an emergency. There is no emergency,” Catanzara noted:

“The superintendent was very clear with me on the phone that the reason this was being done was because of the anniversary of George Floyd’s death and the fear that something might happen. That’s not justifiable,” he said.

According to the New York Post, Lightfoot blamed the union for prolonging talks on a deal for thousands of rank-and-file police officers who worked without a contract for over three years, saying they were losing “literally tens of thousands of dollars” in back pay every year.

“So frankly, getting a vote of no-confidence from that guy is a badge of honor,” Lightfoot commented in reference to Catanzara.