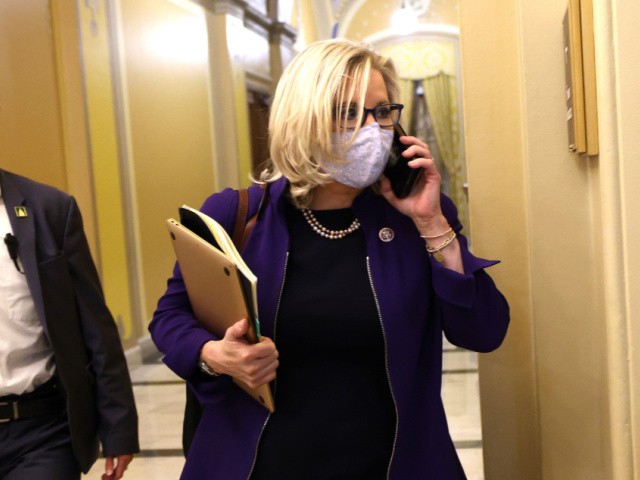 Droves of Republicans are looking to primary the embattled Republican Rep. Liz Cheney (R-WY) in the midterms after the Republican Conference recently ousted her from Republican House leadership.

With over a year left before the Wyoming deadline to file to run in the August 2022 Republican primary against Cheney, reports show “already at least six Republicans plan to run against her.”

Recent poll numbers show Cheney to be in trouble in the next election. The Club for Growth PAC poll shows the congresswoman with a net negative image. Cheney’s unfavorable rating stands at 65 percent with a net rating of -36 percent.

In addition, 52 percent said they would rather vote for her opponent regardless of who runs against her, giving hope to  challengers.

According to the Associated Press, “Former President Donald Trump and his loyalists are drawing a cast of Wyoming primary challengers so big it could ultimately help her win again next year,” with six-plus people already looking to challenge her.

AP added, “Another boost for Cheney is a pile of campaign money and a family legacy that has helped her before.”

In comparison, the same poll found Trump’s favorability numbers to be an overwhelming 60 percent net positive.

Mark Falk, a Cheyenne resident who plans to be a part of the vote against Cheney, said, “There’s going to be an awful lot of them. It’s probably going to split the vote.” Cheney said:

There are millions and millions of Republicans out there who want us to be a party that stands for principles and who are very worried about the direction that the party is going and don’t want the party to be dragged backward by the former president.

Since the Republican first got elected to office, she has “knocked off little-known Republican and Democratic opponents alike with ease, all while building up a formidable fundraising operation.” Reportedly, she raked in $1.5 million during the first quarter of the year, which has been her best fundraising quarter ever.

Wednesday, the House Republicans relieved the “warmonger” from her number three leadership spot as conference chair. The vote to oust her was done through a voice vote in the basement of the House after House Majority Leader Kevin McCarthy (R-CA) “support[ed] the motion” by Rep. Virginia Foxx (R-NC).

After Cheney was removed from leadership, during a sitdown interview, NBC’s Today host Savannah Guthrie asked Cheney about how Trump and his team are working on getting a candidate to try to primary her in Wyoming in the upcoming midterms. Cheney welcomed the challenge by saying, “bring it on.”

“As I said, if they think that they’re going to come into Wyoming and make the argument that the people of Wyoming should vote for someone who is loyal to Donald Trump over somebody who’s loyal to the Constitution,” she declared. “I welcome that debate, and I look forward to having that debate for the next 18 months.”