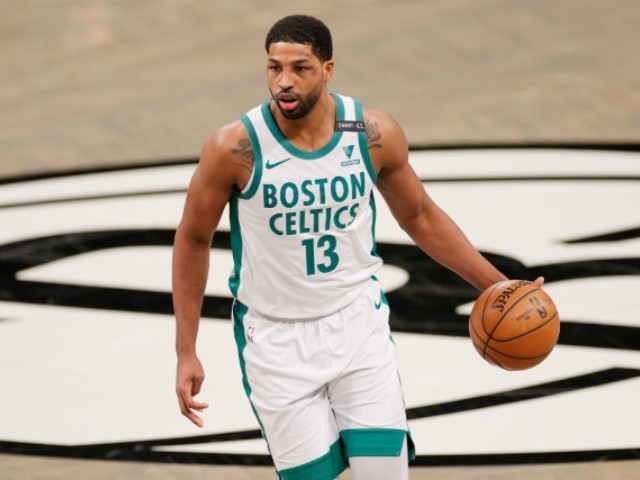 On Friday, Boston Celtics center Tristan Thompson revealed that he has had it with unruly fans and threatened to follow those who spit at players “right to their houses” to confront them.

On Friday, the Athletic’s Jared Weiss posted a snippet of Thompson’s comments demanding that unruly fans face a “criminal fine.”

“There probably also should be a criminal fine because if you spit on someone on the street, don’t you get fined and arrested or some shit like that?” Thompson reportedly said.

“If you spit on someone in the arena and you can’t spit on people in the streets, it should be the same protocol. I dare a mother f**ker to spit on me. I’ll follow you right to your house,” Thompson added.

Asked Thompson to elaborate & if the team/league needs to do more to stop this: “There are certain cities that you can expect some racial slurs around the third quarter once someone has enough beers & they know that they’re far enough from us where we can’t do nothing to them.” https://t.co/CbkSwXuN9x pic.twitter.com/tsv72MQFVU

Thompson also reportedly said that he has never faced any hateful treatment by his hometown fans in New York but going on the road is “a different story.”

“My experience being a Celtic, nobody has said anything racial to me,” Thompson added. “But as a visitor, it’s a different story. If they say anything like that, it comes from their home training – or lack of home training, as my mother would say.”

The fan banned in New York was only one of five fans banned this week over unruly behavior.

In addition to the fan in New York, a fan was banned from Philadelphia’s Wells Fargo Center after dumping a bucket of popcorn on Washington Wizards point guard Russell Westbrook. And in Utah, the Jazz banned three fans in one fell swoop for unspecified behavior against the Memphis Grizzlies.