Brian Stelter Suggests a ‘Leave of Absence’ for Chris Cuomo 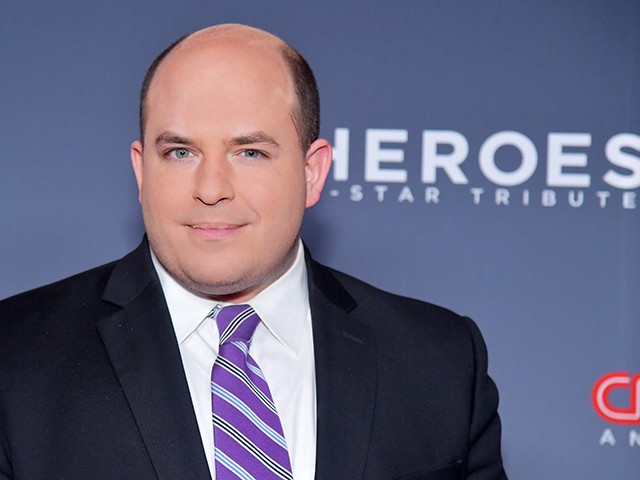 During his basement-rated Sunday show, Tater Stelter paused his Fox News obsession for just long enough to address the ongoing credibility damage Fredo Cuomo is doing to CNNLOL, a fake news outlet that normally isn’t concerned at all about its own credibility.

Stelter asked his panel of fellow leftists the following:

CNN’s Oliver Darcy reported that staffers here at CNN were bothered by Cuomo’s conduct and by the violation of journalistic standards. The network said in a statement that it was ‘inappropriate to engage in conversations that included members of the governor’s staff,’ and they say Chris acknowledges that fact. And Chris did issue an on-air apology to colleagues on Thursday, saying he put them in a bad spot and he won’t do it again. Nicole, if Chris Cuomo wants to call into strategy sessions with his brother’s aides, shouldn’t he just take a leave of absence from CNN? Is that the right solution in the future?

Ah, but the key part of that statement is this… “if Chris Cuomo wants to call into strategy sessions with his brother’s aides, shouldn’t he just take a leave of absence from CNN[LOL]?”

Why is that part so key?

Because the disgraced Fredo has no intention of stopping advising his brother, Gov. Andrew “Grandma Slayer” Cuomo (D-NY), which is something Fredo made clear during his fake apology last week after he got caught.

“How I helped my brother also matters. When my brother’s situation became turbulent, being looped into calls with other friends of his and advisers, that did include some of his staff, I understand why that was a problem for CNN[LOL],” he mewled. “It will not happen again. It was a mistake.”

You see what Fredo did there? He’s not saying it’s a problem for someone who poses as an unbiased news anchor to advise a politician and that he will never do it again. No, the sin according to Fredo is — and I quote — “HOW” he helped his brother.

In other words, he will never again be so dim-witted as to jump on a call where others can hear him advising his brother and then leak that to the media.

So basically, Tater is telling Fredo to take a leave of absence until your brother’s endless pile of scandals are somehow resolved. But Fredo is not going to do that because Fredo knows he will never be held accountable for anything does, which is why he was arrogant enough to get on the phone with a bunch of other people and violate every ethic known to journalism.

What I’m curious about, though, is why this?

After all the evil and lies and disinformation CNNLOL is responsible for, why is CNNLOL and Tater Stelter concerned about Fredo doing what we all knew he was doing anyway? When you’re talking about a CNNLOL, a propaganda outlet that openly spreads hate, violence, and conspiracy theories, an outlet that spent four years lying to the public about former President Donald Trump conspiring with Russia to steal the 2016 election, an outlet that spent four years encouraging violence against Trump and his supporters… Why is this an issue?

Why was it just last year that CNNLOL’s Jake Tapper was not only caught meddling in an election, but lying about his meddling.

Does anyone doubt that pretty much everyone who poses as a journalist at CNNLOL is in some way advising the Democrats, as well as the domestic terrorists in Antifa and Black Lives Matter? Of course they are!

After all this, this is what offends and embarrasses the basement-rated CNNLOL?

It’s a pure clown show over there.