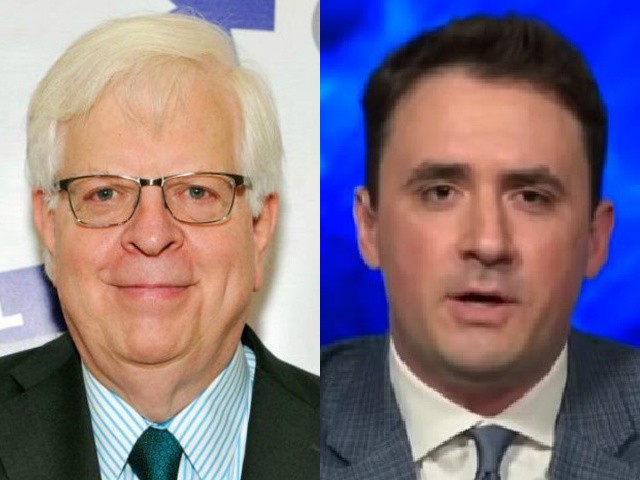 Radio host, columnist, and author Dennis Prager celebrated Breitbart News Editor-in-Chief Alex Marlow’s Breaking the News: Exposing the Establishment Media’s Hidden Deals and Secret Corruption on Friday as “a truly significant book” from “one of the most important people in media.”

Marlow joined Prager on the latter’s eponymous radio show to discuss his book.

“Breitbart is one of the most important sites in the world,” Prager said. “I regularly — almost daily — find myself at Breitbart. …  I am a big fan of yours and Breitbart, and congratulations on your book.”

Marlow credited Prager as an influence. He said, “Thank you so much for the kind words. It’s such a thrill to be with you and I’ve been a Pragertopia subscriber for probably 15 years and I used to walk around the Berkeley campus listening to you on the radio, and to be on here with you to talk about my first book is really a thrill, and to have such a great introduction is even better.”

Prager, an author of nine books, remarked on Marlow’s inclusion of 1,206 endnotes in Breaking the News. “You do have something that I think is important — 90 pages of footnotes — that shows a lot of work, my friend. As a writer, I know that and I admire that fact,” he said.

“A truly major book — Breaking the News — about the establishment media,” Prager added. “There’s no more important subject than the media. … a truly significant book is just out.”

Prager said his academic studies of the Soviet Union and communism prepared him to understand American news media corruption.

“I studied Soviet and communist affairs, that’s what it was called  — [at] the School of International Affairs at Columbia, and I learned Russian solely to be able to read Pravda, the major Soviet newspaper,” Prager recalled. “It never would have occurred to me that learning to read Pravda would prepare me to read the Washington Post or the New York Times, or watch CNN.”