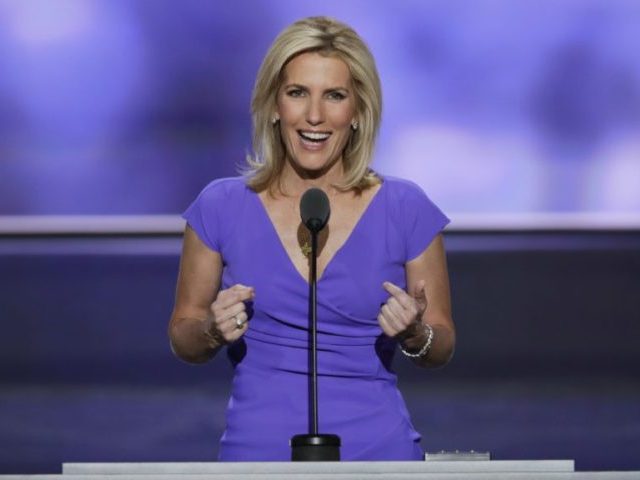 In an interview with Marlow on her eponymous podcast, Ingraham noted how conflicts of interest revealed in Breaking the News help explain news media mendacity related to the coronavirus.

“Alex, you have been all over this — the conflicts of interest,” Ingraham remarked,” [and] about how China has completely infiltrated American media with dollars, research money, advertising dollars, threats of travel restrictions and so forth … and you uncover this as it relates to the billionaires in this country and their connection.”

One of the reasons it happens is because we have a media that is not independent — forget objective — not even independent of the CCP [Chinese Communist Party]. We find out that the CCP — China — has spent billions of dollars over the years in advertising in the United States … in publications that desperately need ad dollars. I’m talking Time magazine, some newspapers, magazines like the Atlantic. So they buy their way into the United States, and these journalists become little pieces of putty.

Their silence is bought.

Marlow’s book details China’s procurement of influence across American news media outlets, which Ingraham linked to much of the news media’s deception and suppression of information regarding the coronavirus’s origins and the one-party state’s conduct in response to the outbreak.

Marlow highlighted actor and former professional wrestler John Cena’s recent apology for describing Taiwan as a country as illustrative of the Chinese Communist Party’s financial leverage over America’s news and entertainment industries. He explained how conglomerate ownership of the two industries with business interests in China is at the heart of the industries’ betrayal of truth.

Marlow said of Breaking the News:

I connect that with what’s going on with John Cena. I’m sure you played a clip of John Cena’s obsequiousness to China because he dared call Taiwan a country, which it is. Universal, which owns the Fast and Furious [franchise], is part of NBC-Comcast-Universal. So you’ve got this Fast and Furious movie opening up. You’ve got a new Universal theme park opening up in Beijing last week. The established media doesn’t make that connection.

Of course, they’re not. It’s all intertwined. … That’s why we’re never going to get that China movie or documentary. We’re not even going to get a hard-hitting article on China. In the meantime, American media conglomerates just sell out one after the next after the next.

Breaking the News illuminates the financial roots of much of the news media’s corruption, Ingraham said.

“Alex, your book is fantastic,” Ingraham concluded. “Everyone, before you think that you understand an issue, and you kind of brush off the concerns that we’re talking about, read this book because you’ll see that when something pops up on your screen as fact, you have to look at who owns it, when they bought it, who’s invested in it, and what their political affiliations [are].”