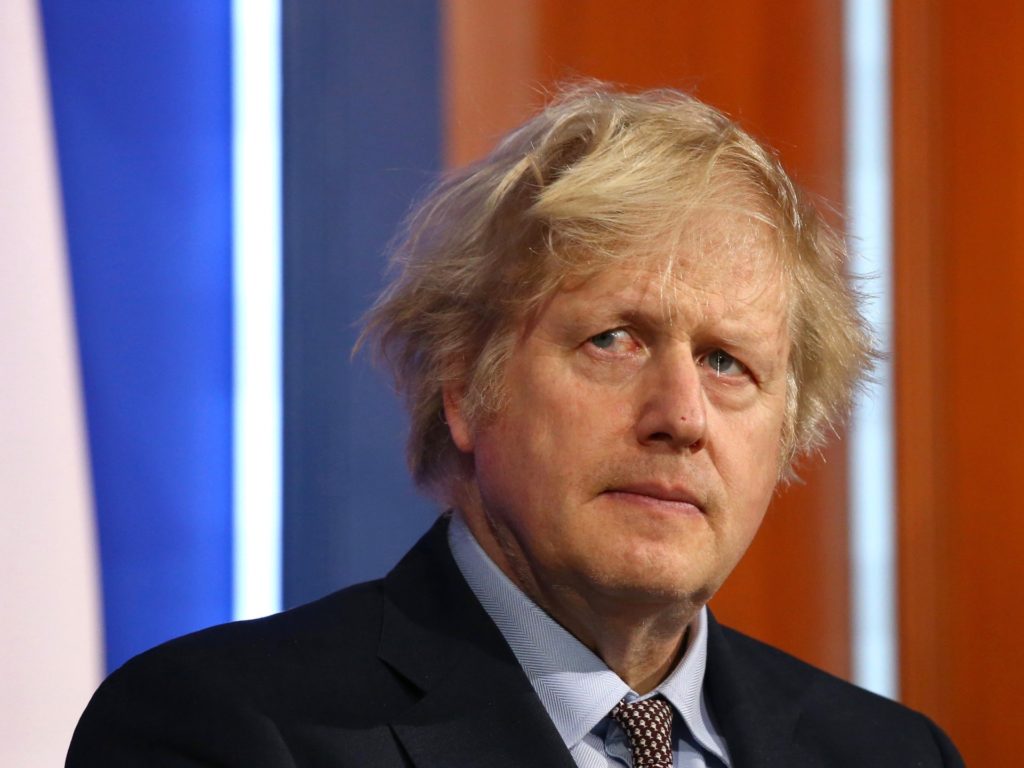 Despite growing backlash from within his own party against the idea of coronavirus passports, Johnson’s government is said to be preparing an announcement of a trial run of the scheme at a few high profile football matches, the World Snooker Championship, and possibly the Brit Awards — the British equivalent to the Grammys.

Those wishing to attend the events will be required to take a COVID test before entering as well as upon leaving the event, in order to track the potential spread of the Chinese virus.

Government sources also told The Telegraph that some of the pilots will also feature a test of a new National Health Service COVID status certification app, which will contain information on an individual’s vaccination status, recent coronavirus tests, and antibody levels.

The trial runs will take place in April and May, with the hopes of fully opening up large events by sometime in June.

Signalling that the passport scheme could be more widely adopted throughout the country in places such as pubs, the Prime Minister said on Thursday that domestic coronavirus passports could help “give maximum confidence to business and to customers here in the UK”.

There has been a growing rebellion amongst MPs along bipartisan lines against the idea, with members of the Conservative Party and even the Labour opposition leader Sir Keir Starmer expressing incredulity over the use of health passes domestically.

The chairman of the influential 1922 Committee of Tory backbench MPs, Sir Graham Brady, said: “With high levels of vaccination protecting the vulnerable and making transmission less likely, we should aim to return to normal life, not to put permanent restrictions in place.”

Surprisingly, many within the leftist Labour Party have come out against the idea, including former Labour leader Jeremy Corbyn. The move is significant as until now the left-wing parties in Britain have backed most of the draconian coronavirus lockdown measures imposed by the Conservative Party government.

Sir Keir Starmer said that the idea of coronavirus passports goes against the “British instinct”, adding: “My instinct is that, as the vaccine is rolled out, as the number of hospital admissions and deaths go down, there will be a British sense that we don’t actually want to go down this road.”

In total, over 70 MPs have signed onto the campaign against the scheme, with Conservative, Labour, and Lib Dem MPs backing the statement: “We oppose the divisive and discriminatory use of Covid status certification to deny individuals access to general services, businesses or jobs.”

The campaign is also being backed by the civil liberties advocacy group Big Brother Watch.

Silkie Carlo, the head of the watchdog group, said: “We are in real danger of becoming a check-point society where anyone from bouncers to bosses could demand to see our papers. We cannot let this government create a two-tier nation of division, discrimination and injustice.”

A report published by Big Brother Watch went on to say that if coronavirus passports are introduced domestically, it would represent “the first policy for decades that could see segregation imposed throughout the population.”

The results of a review being conducted by Cabinet Minister Michael Gove — who previously claimed that COVID passes would not be introduced domestically — is set to be released to the public next week.

A spokeswoman for the government said: “The review is considering a range of issues, including the ethical, equalities, privacy, legal and operational aspects and what limits, if any, should be placed on organisations using certification.”