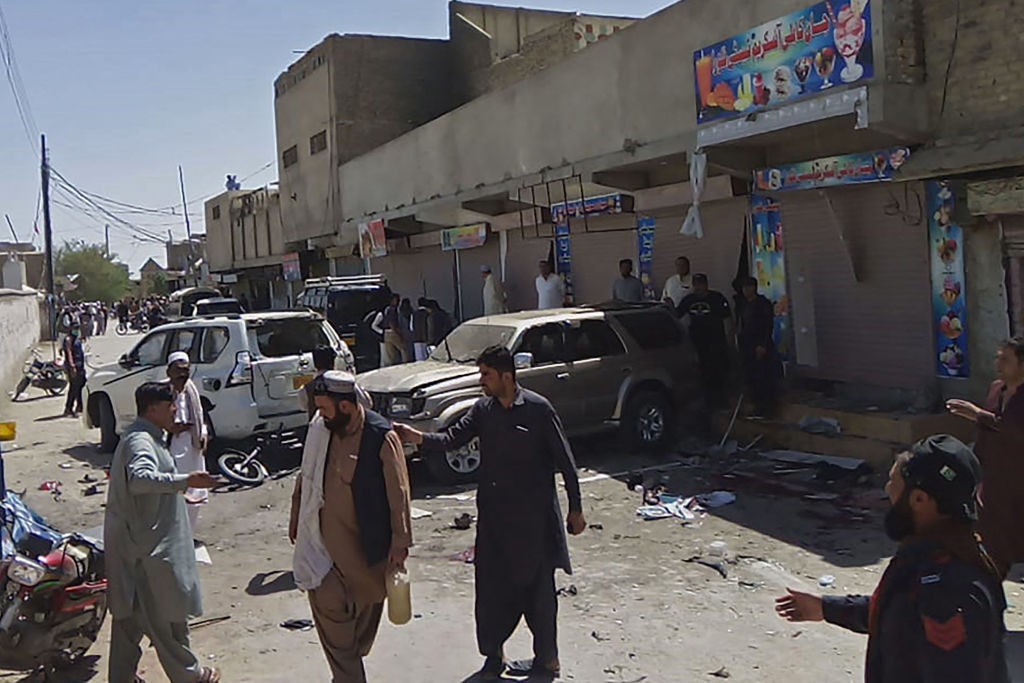 A regional police chief in Balochistan named Jafar Khan told Reuters by telephone on May 21 that a “motorcycle bomb,” presumably an improvised explosive device (IED) placed on a motorbike, “exploded as people dispersed at the end of the rally.” The demonstration took place on May 21 in the city of Chaman near Pakistan’s border with Afghanistan. The organizer of the event, Maulana Abdul Qadir Luni, was among the people wounded in the explosion, according to Khan.

Luni is a Pakistani Muslim cleric and leader of Jamiat Ulama-e-Islam Nazryati (JUI-N), a faction of the Pakistani political party Jamiat Ulema-e Islam Pakistan (JUI). JUI is an extremist Sunni Muslim political party based in Balochistan with a history of supporting Afghan Taliban terrorists and Sharia law in Pakistan. The Pakistani newspaper Dawn reported in December 2020 that Luni had recently met with four newly expelled members of JUI who were planning to start their own JUI faction. Luni publicly criticized JUI president Maulana Fazlur Rehman at a press conference in Islamabad on December 27, 2020, shortly after meeting with the recently expelled JUI members.

Balochistan government spokesman Liaquat Shahwani confirmed the explosion in the city of Chaman on Friday, telling Dawn that ten of the injured people were sent to a local hospital for treatment, while the rest were transferred to a hospital in the provincial capital, Quetta. Shahwani revealed that another JUI-N leader named Qari Mehrullah was also in attendance at the rally at the time of the explosion. He claimed that both Qari Mehrullah and Maulana Abdul Qadir Luni were “unharmed,” however, contradicting the account given by regional police chief Jafar Khan to Reuters, who said that Luni was wounded in the blast.

Shahwani referred to Friday’s demonstration as a “Palestinian solidarity rally” and condemned its bombing, saying terrorists wanted to “destroy Balochistan’s peace,” according to Dawn.

“The enemies of solidarity with the oppressed Palestinians are on the side of Israeli aggression,” he said.

“Terrorist elements do not deserve any leniency. No one will be allowed to disturb the law and order of the province,” his statement read.

Thursday’s attack comes one month after a car bomb exploded at a hotel in Quetta on April 21 killing four people and wounding at least 11 more. The hotel was hosting the Chinese ambassador to Pakistan at the time, but he was away from the hotel when the bomb exploded. The Pakistani Taliban claimed responsibility for the attack on April 22.